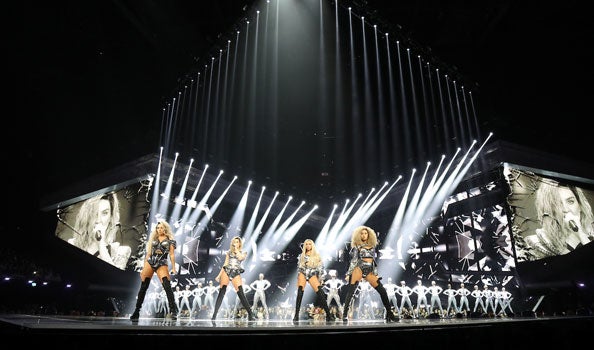 10 INCREDIBLE Moments from The BRITs 2017

The BRITs brought the house down in 2017. The biggest night of the year in British music had it all – jaw-dropping sets, amazing vocal performances, tear jerking tributes and some of most incredible artists on the planet all in the arena.

Here are our favourite awesome moments from the 2017 awards as we prepare for The BRITs 2018 to takeover the tent.

Not only did the girls open the show with an incredible performance of Shout Out to my Ex, they went on to win their first ever Brit for the song as they picked up Best British Single. It really was their night – karma to all the ex’s who broke their hearts - #WINNING

2. Bruno Mars was TOO HOT

Bruno glided onto the stage in sports casual with his crew and performed new material off his mega 24k Magic album. He was effortlessly epic as always and of course we all swooned.

We were thrilled for these guys! Mainly because they’re awesome but also because as frontman, Matty Healy said as the band collected their award, “We’ve been doing this since we were 13!” 2017 was your year! 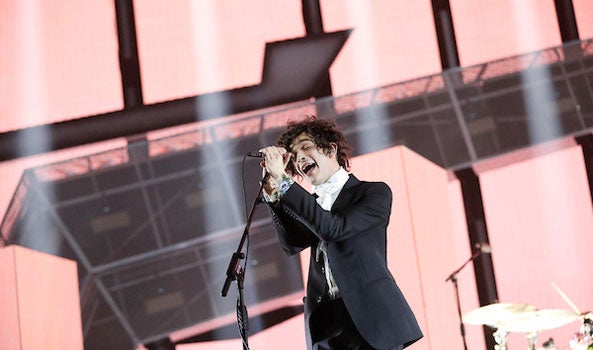 5. George Michael Tribute – MADE US CRY

The entire arena came to a standstill as Wham bandmate, Andrew Ridgeley, and backing singers, Pepsi and Shirlie read their heartfelt words out to the world in honour of George. A beautiful moment.

There wasn’t a dry eye in the tent as Coldplay’s frontman, Chris Martin sang the classic ballad written by George Michael. George’s image and voice joined Chris’ at one point too using video. The entire performance was beyond emotional.

Everyone’s favourite Ed gave a flawless performance of his latest single, Castle on the Hill followed by The Shape of You joined by Stormzy making one hell of a guest appearance.

Joseph, aka Skepta smashed it with a LOT of attitude and a LOT of red lights as he performed the awesome Shutdown. And of course -he did. 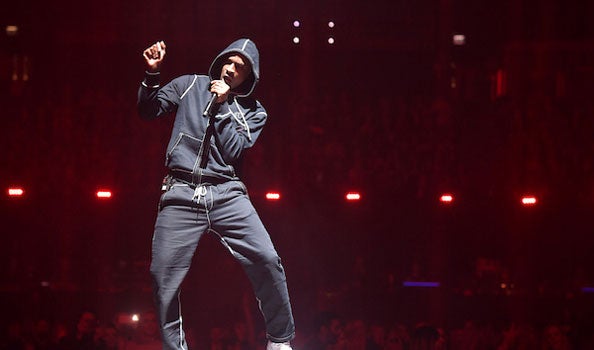 Never one to disappoint when it comes to putting on a show, Katy Perry performed her new single, Chained to the Rhythm, in blistering Perry style and was also joined on stage by Bob Marley’s grandson, Skip, complete with dancing houses and giant skeletons.

10. The Chainsmokers and Coldplay

Chris had a busy night as he was back again to perform the single Something Just Like This, with The Chainsmokers. And in his ever-energetic style he dived straight into the pit and sang with the crowd – we love you Chris. 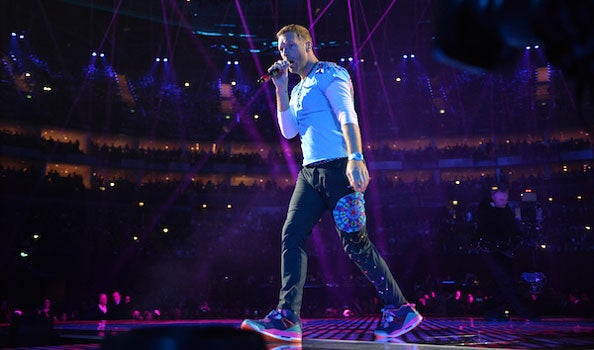