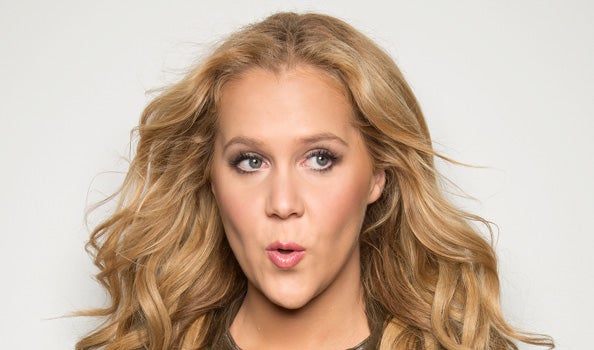 15 Of The FUNNIEST Amy Schumer Moments On Social Media

She’s one of the most hilarious women on the PLANET! And Amy Schumer certainly isn’t afraid to show it on social media. We love her crazy pics on Instagram, and LOL-inducing Tweets.

So we’re thankful and excited to have the comedic genius grace our tent on 4 September 2016 for her hit stand up stage show Amy Schumer Live. We’ll come with you @mizmoni!

Amy Schumer is coming to London in September.
Anyone wanna come with me to see her show ???
Should be fun 😀😄👍

To celebrate the occasion, we’ve scoured social media to find the funniest things Schumer has ever said and done. And once we’d stopped giggling, we were able to narrow them down to this top 15!

1. She’s got a (hilarious!) answer for everything.

That's tough. I think slash the tires as an ice breaker to the conversation https://t.co/KB5RbCMihg

2. She fights the good fight for women EVERYWHERE!

3. She’s a true professional and knows exactly how to prep for a big show.

4. Who else can rock leopard print and a wig?

30 minutes till the season finale of #insideAmy @comedycentral

5. She knows how to have fun with, ahem, inflatable things.

6. And how to look cool for the paps.

7. In fact, she has more fun with inflatables than anyone we know.

8. Schumer knows how to silence the body shamers. Go Amy!

I meant to write "good morning trolls!" I hope you find some joy in your lives today in a human interaction and not just in writing unkind things to a stranger you've never met who triggers something in you that makes you feel powerless and alone. This is how I look. I feel happy. I think I look strong and healthy and also like miss trunchbull from Matilda. Kisses!

10. But gets annoyed when they go quiet!

I'm on the cover of @vanityfair

12. We’re with you @JamesAlexanderH - who wouldn’t want to be BFF with Schumer?

Just woke up from a dream where @amyschumer and I were best friends. Why did it have to end?! 😩

13. Like a true comedian, she knows how to take the micky out of herself, but is adorably modest.

14. She can make you feel better – even when you’re poorly. Isn’t that right @sallybiddall?

Doctors should just prescribe an @amyschumer boxset when you're ill. Seriously 🙏

15. And when you think you can’t laugh anymore, Schumer does this.

Thank you @KevinKaneNY for my mermaid tail. Perfect for my weekend plans. pic.twitter.com/CPggSK8Q18