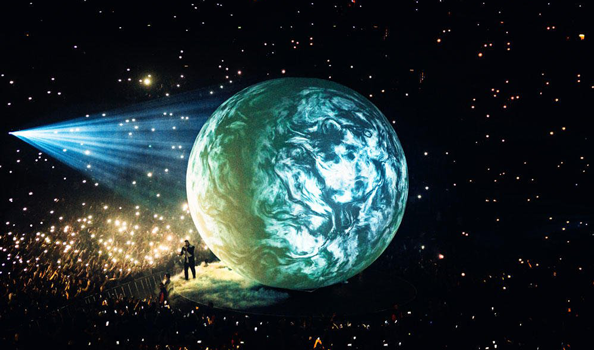 It’s our big birthday in June –we hit double figures, we are ten! To celebrate we thought we would look at the 10 most amazing things that, us, you and the arena has witnessed in 10th year so far, it’s been a-mazing for sure. Roll on the next 6 months...

Whoaaaaa. The Boy Meets World tour was more than anyone was ready for. Vocally, visually - the vibes were just too good. Every, single, minute. Fingers crossed he makes a return soon.

We ain't going anywhere when the shows this good @Drake #BoyMeetsWorldTour pic.twitter.com/33XPRq7Rrp

The whole arena was electric from the moment Little Mix opened to Katy Perry’s jaw dropping set, to the most touching George Michael tribute ever. This year’s ceremony had us all on the edge of our seats (and sets if you were joining us at home.)

Our friend and everyone’s favourite singer-songwriter the legendary Ed, literally had the crowd hypnotised – see!

Returns after 7 years, chooses us to perform at, sells out in minutes. They haven’t even played yet and it’s already – a highlight, (counts the sleeps).

Just drove past our poster & jumped out with excitement, we can't wait to play for you guys! #JamiroquaiLive2017 https://t.co/lZArO8zk6Q pic.twitter.com/jcIvX9vWTI

All over you. And he was. The love for this man was beyond, and Craig was pretty happy too. We love you, Craig!

And of course, this happened:

Just this. No explanation needed.

The band have the most loyal fan-base since they started in 1986, here is just one of the reasons why - they absolutely smash it live.

Abel certainly likes to make an entrance and this is one that no one in the arena will ever forget. *Collects jaw from floor.

10. The best festival of the year

There's no doubt about it, C2C is a highlight of every single year. The cowboy boots were on and the up and coming stars of country music took to the stage for one very happy crowd.