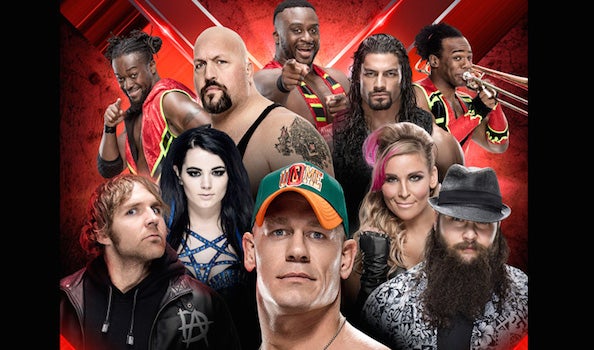 With Raw and Smackdown set to return to The O2 in 2016, we looked back at the most momentous WWE events from the past year. Here’s what we learned...

Seth Rollins is the real deal

Undoubtedly the biggest star of 2015, Rollins’ obnoxious antics helped fuel classic feuds with John Cena, Dean Ambrose and Roman Reigns. But his defining moment came on the biggest stage of all, when he cashed in his Money In The Bank contract during the main event at WrestleMania to capture the WWE World Heavyweight Title, pinning Reigns after delivering a trademark curb stomp. An unfortunate knee injury forced him to vacate the title in November, but he was still a shoe-in for ‘superstar of the year’ at this year’s Slammy Awards.

Brock Lesnar is back for good

After months of rumours about a return to MMA, Lesnar finally signed a multi-year deal with the WWE at the beginning of 2015, much to the relief of fans around the globe. After dropping the Heavyweight title to Rollins at WrestleMania, Lesnar spent the rest of the year continuing his feud with The Undertaker, who’s undefeated streak he’d snapped at WrestleMania the year before. And although he lost the rematch at SummerSlam – passing out while trapped in Taker’s trademark Hell’s Gate submission hold – he settled the rivalry for good by winning an epic, back-and-forth Hell in a Cell match at the pay-per-view of the same name in October.

Sting’s debut was worth the wait

Steve ‘Sting’ Borden had built a well-earned reputation as the greatest wrestler to have never competed in the WWE, having been the main man at rival promotions such as WCW and TNA for his entire four-decade career. Thankfully for the fans, his long-awaited debut against Triple H at WrestleMania didn’t disappoint, with both men backed up by re-united groups from their ‘90s heydays for what would prove to be an epically nostalgic encounter. Sting was assisted by the classic nWo lineup of Hulk Hogan, Scott Hall and Kevin Nash – who’s induction into the Hall of Fame the night before was described as ‘truly amazing’ by Sean Pain on Twitter – while Triple H was supported by his former D-Generation X partners Billy Gunn, Road Dog, X-Pac and Shawn Michaels. And although Sting lost the match, his handshake with ‘The Game’ afterwards was an impressive show of mutual respect between two all-time greats, and one that finally laid the WWE-WCW rivalry to rest. ‏@SeanMichaelPain seemed to enjoy it: ‘WWE Hall of fame class of 2015 is truly amazing’. It absolutely was, Sean – very well said, sir!

Unfortunately for Sting, his next match would end in disaster when he suffered a potentially career-ending neck injury during a losing effort against Rollins at the Night Of Champions pay-per-view in September. A similar fate would also befall Daniel Bryan, who was forced to vacate his newly-won Intercontinental title due to concussion having only just returned from a lengthy injury-induced layoff. And with Randy Orton also out for months with a serious shoulder injury – and Rollins blowing out his knee – 2015 turned out to be a particularly painful year for WWE’s top superstars.

Kevin Owens is going to be a main event star

And sooner rather than later. 2015 was an extended coming out party for Owens, who stepped up effortlessly from the NXT development branch to the main WWE roster and proceeded to perform stellar work both in the ring and on the mic, feuding memorably with John Cena, establishing himself as one of the top heels in the company and winning the Intercontinental title in the process. Bigger things surely lie in store for the Canadian superstar in 2016.