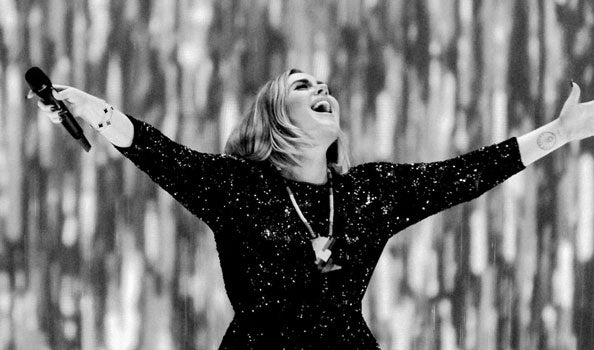 8 Times These Songs Were There for YOU

When it comes to speaking from the heart, sometimes, it’s easier to let someone else do it for you. The inspiration for some of the greatest songs ever written is always L.O.V.E! Nothing makes your heart sing like a tune that belts out exactly how you feel – it’s like they were there. Were they? So whether it’s off or on, here are 8 songs that speak the truth FOR you.

Take That - Back for Good

When You’re: Back On!

We're saying: Babe, whatever I said, whatever I did, I didn’t mean it. No really, this is it, you’re it. Never let me go.

When You’re: Over it.

We're saying: I loved you, you had your chance, you blew it. Your loss. Check yourself because I won’t be doing it, anymore.

When You’re: Trying to Move on (but it’s not really happening).

We're saying: I’m not over you, but I’m okay. I’ll sing this song to show you I’m strong (secretly hoping you still think I’m amazing and we’ll get back together). But if not, I’m fine. Honest.

Justin Timberlake – Cry Me a River

When You’re: Letting them know, you know.

We're saying: I told you you’d get yours. I went through hell for you and now it’s your turn to cry. Karma baby, karma.

Little Mix – Shout Out to My Ex

When You’re: Moving On!

We're saying: Pleaseeeeee. We’re SO done; you’re so last season; I can’t even. I don’t know what I ever saw in you.

John Mayer - Who You Love

When You’re: So into someone but your friends don’t get it.

We're saying: No one knows what goes on between two people. Have your opinion, but I’m totally into __________ (insert name) they’re a-mazing.

When You’re: On Fire!

We're saying: This is who I am – take it or leave it. I love who I am and I’m not changing a thing. Bite me.

Bruno Mars – Just The Way You Are

When You’re: Letting your loved one know they are PERFECT.

We're saying: No one holds a candle to you. You’re my first, my last, my everything. Never change.