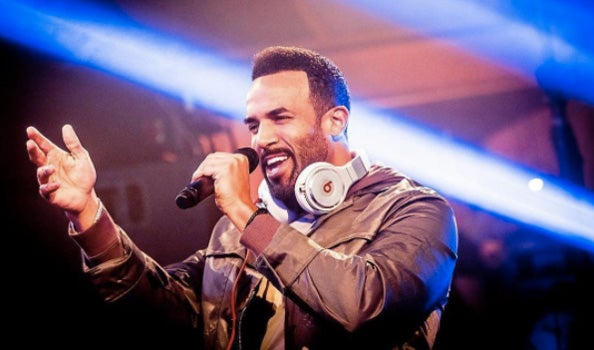 There are some songs that are just guaranteed to get everyone going. As we prepare for yet another awesome year of events, it’s got us thinking – which anthems are you likely to be singing along with down at the tent in 2017?

So, put your hands up in the air and let us guide you through some of the best…

‘Ruby, Ruby, Ruby, RUBYYYYYYYYYYYYY!’ Raise your hand if you’ve ever sung along to this belter by the Kaiser Chiefs? Yep, us too, and we reckon there’s a fairly safe bet they’ll be singing it down at our place on 1 March.

It’s their first arena tour in two years, so make sure you’re ready to sing it loud and proud!

Bruno Mars - Just The Way You Are

We can see it now – a sea of phones being swayed from side to side as Bruno blasts out this brilliant ballad.

With lyrics such as ‘when you smile, the whole world stops and stares for a while’, it’s hardly surprising this song makes women go weak at the knees. We’d advise bringing a few tissues, as there’s a fairly decent chance it might even move you to tears.

We’re right there with ya, @Morgan_Leasure.

My life goal is probably to have someone think of me the way Bruno Mars thinks of the girl he wrote "Just The Way You Are" for.

Take That have had so many catchy tunes over the past 20-odd years that your vocal chords are sure to be in for a good time when they play The O2 arena this June.

However, if we had to pick one we just can’t WAIT to sing along to, it’s Rule The World. @stefhawes captured it the last time they were here, so if you’ve already got tickets, you’re guaranteed to be in for a treat.

Amazing night at the o2 seeing @takethat hope you like my panoramic pic taken during rule the world @GaryBarlow pic.twitter.com/1wrZ0HGlkf

We’re not totally sure whether Southampton’s finest will go quite this far into his back catalogue when he performs here in March, but our fingers (and toes) are well and truly crossed.

This 1999 hit with the Artful Dodger was so epic that it even inspired a TV series. When the crowd say BO SELECTA!

Be warned, as @LivviLouise_xo predicts, you might also be tempted to bust a few moves as well as sing…

From one classic to another, we’re also gunning for Blink-182 to blast out this hit when they join us in July.