Commenting on the news, Haye says: “The reaction to the first Haye Day was incredible with a sell-out crowd, headline music act, A-List guests and record breaking TV viewing figures. May’s event will be even bigger and better. I’m delighted to add some of the best young British fighters to the bill and we are working to make sure their challengers will be equally as impressive to ensure action-packed fights throughout the card.”

Haye, the Former World heavyweight champion, pledged when Haye Day returns to The O2 in May it will build on the success of his comeback fight earlier this year and another electrifying night of entertainment is in store.

He adds: “January’s event was an overwhelming success but we’ve listened to the fans and, in association with Goodwin Promotions, are putting together an undercard that will provide plenty of excitement and entertainment to ensure both hard-core boxing fans, and those new to the sport, are left on the edge of their seats.”

Making his return to The O2 is Luton-based light welterweight Kay Prospere (7 (5) – 0 – 0) who will be hoping to stake his claim for a title shot in 2016. In his appearance at The O2 in January, Kay made short work of Lee Connelly with a first round stoppage.

Liverpool’s Tony Dodson (32 (15) – 8 – 1) is another man who will be making a return to The O2, having survived a bloody encounter last time out against Richard Horton. The former British super middleweight champion is taking steps towards titles, now in the light heavyweight division.

Crowd pleaser Floyd ‘Pacman’ Moore (12 (9) – 6 – 1) is no stranger to big events, having previously taken part in the Prizefighter tournament, as well as being a two time Southern Area champion. He fights at The O2 for the first time.

Light heavyweight prospect Ollie Pattison (2 – 0 – 0) is making waves in the division as he looks to position himself towards a light heavyweight title in 2016.  The 6’ 3” London Colney fighter is looking to stretch the unbeaten start to his career and make a mark in a busy domestic weight division.

Surrey-based heavyweight Nick Webb will also be joining the bill following an emphatic rise up the professional ranks. During his short professional career, Webb has managed to win all four of his pro bouts convincingly by KO.

Following the success of Haye Day in January, when a 16,000 capacity audience that included Hollywood stars Benedict Cumberbatch and Idris Elba at ringside, Goodwin Promotions are once again be supporting Hayemaker Promotions to assemble the undercard. 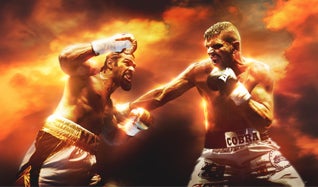 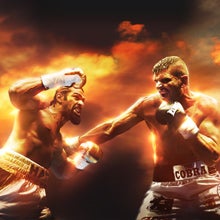