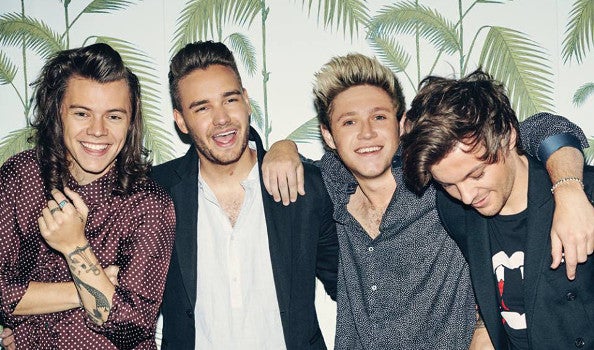 Caring Is Sharing! Amazing Artists Who Give Back

With Red Nose Day happening on Friday 24th, we feel like shining a light on some of the most generous artists around. Not only do they provide on stage, they can’t stop spreading the love wherever they go! The wise know, to give is to receive, so here are some of the biggest givers in show business.

The lovely lads join us in May and they want to give back to the people they love the most – the fans! They made sure that seeing them do what they do best would be an option for all by making their ticket prices the lowest arena prices in the industry. Aww #fanlove

Possibly the most generous artist of all time and defiantly of 2016, Sir Elton topped The Sunday Times giving list by donating a cool 26.8 million through both his own Aids Foundation and other charities close to his heart. Living Legend.

While she shakes it off in terms of ex-lovers, Tay Tay, never turns her back on a charitable cause. Children are at the heart of Taylor’s giving, working with UNICEF, Red Cross and Children in Need to name a few. And when it comes to donations Taylor could rival Elton: in 2009, she donated $250,000 to various schools in the USA to improve education, others include Cancer Research and various Children’s hospital. We  you TS.

JT mixes up his charity work like he does his dance moves. From recording a single with REM’s Michael Stipe to raise money for Hurricane Katrina victims, to supporting various children’s hospitals and networks, and Habitat for Humanity, JT never stops giving, (us joy).

Calm down, Calm down, we know it’s a gift in itself to look upon Harry, Niall, Liam and Louis but these boys are the gift that keep on giving. They made the top 10 most charitable artists in 2016 by supporting Greenpeace, Comic Relief, Sports Relief, The Global Poverty Project and more.

When the legend, George Michael left us at Christmas, his incredible generosity, which he often kept from public view, became just another reason to love him. Stories poured out from individuals whose life he touched including secretly paying for a lady’s IVF treatment after seeing her on the show, ‘Deal or No Deal’, working undercover at homeless shelters, buying John Lennon’s famous piano from ‘Imagine’, and giving a stranger a cheque for £25,000 after overhearing her crying about her debts in a café. Unforgettable.