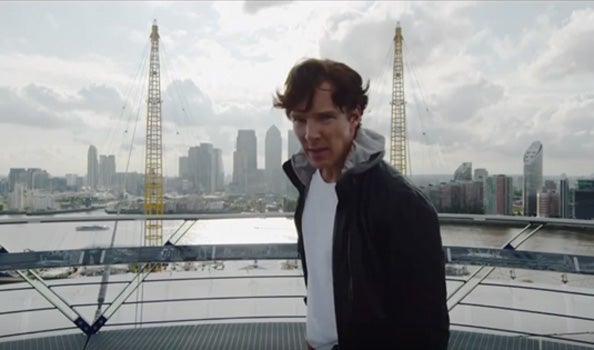 Celebs Who’ve Conquered Up At The O2

Up at The O2 isn’t just an experience for us mere mortals. There have been a fair amount of celebs who’ve taken on the challenge since it started in 2012. Thanks to the power of social media, here’s a sneaky look at how they got on.

It’s not quite the same as a Tango or Foxtrot, but Strictly Come Dancing contestant Laura Whitmore enjoyed the challenge of a night-time climb with the rest of the Strictly crew!

Lucky to work with such an awesome crew @bbcstrictly 😘 pic.twitter.com/FqieyguqVu

We’ve got a soft spot for this one, (who doesn’t?!) Benedict Cumberbatch was our first EVER celeb to conquer Up at The O2. Hats off to you, sir. He’s usually shouting at someone or cooking up a storm, but after a day out his whole clan we reckon Gordon Ramsay will only be shouting our praises!

Tune in to CBBC in 10 minutes for the last episode of Matilda and the Ramsay bunch season 2!! ❤️

This double Olympic champion is no stranger to a challenge! Rower Heather Stanning conquered The O2 to launch the Be Brave With Me campaign helping veterans into work.

There's worse places to be early on a Wednesday...on top of the O2 with this brave crew. The start of the #bebravewithme campaign. What will you do to earn your stripes? @britainsbravest thanks for having me onboard #upattheo2 #O2 #britainsbravest #veterans #inspiration

Who needs Bushtucker Trials when you’ve got Up at The O2? Ant and Dec managed to conquer the climb for their Takeaway On Tour - and even managed to keep those cheeky smiles on their faces!

We usually see them rocking out on stage – including ours - but this time Muse swapped performing to take on Up at The O2 instead. We’d definitely give dancer Nadia Comaneci and retired basketball player John Amaechi a perfect 10 for conquering Up at The O2!

With John Amaechi on the roof of O2 with the torch!!! pic.twitter.com/KBb4cipB