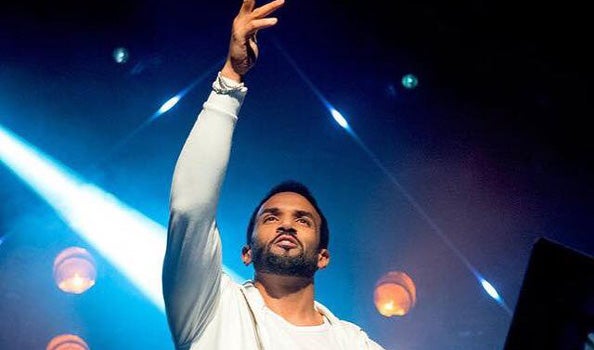 The music world can be a rough, tough, topsy-turvy place, so it's hardly surprising some acts decide to take time out. Just look at Matt and Luke Goss, who recently announced they were reforming for a BROS UK tour after a break of 24 years! So will it be worth the wait? We'll find out when they perform at The O2 arena in August - but we’re betting Matt's years performing in Vegas will have made him even better than first time around.

The Southampton smoothy was the toast of the late-90s UK garage scene, selling millions of records around the world. He didn't disappear overnight – his fade from the spotlight was more gradual, but you can't keep a man with such exquisite facial hair down.

David's back with a bang and a number one album, Following My Intuition, and next year there's an arena tour. He's playing two nights at The O2 arena in March, which could be the first time parents and their teenagers attend the same event!

What do you do when you release a chart-busting, world-dominating album like 21? Wait four years and release another that’s just as big. That's what Adele did, and while she never really went away between her second album and last year's 25, she kept a very low profile making the wait feel like an eternity.

Thankfully, it was more than worth it, with a run of shows at The O2 among the best she's ever played. Here's hoping we don't have to wait till she's 29 for the next album.

Who needs boy bands when you’ve got ‘man’ bands? When Take That split in 1996, the Samaritans set up a special phone line to offer support to distraught fans. So when Gary, Mark, Howard and Jason reunited, it was always going to be a big deal. And it was – they broke all kinds of ticket-sales records, and Progress, which saw Robbie Williams rejoin his old band mates, became one of the fastest-selling records in chart history. That's the way to do it. Don't miss them when they head back to The O2 in 2017.

Like Adele, Emeli Sandé didn’t officially call time on her career after her phenomenally successful 2012 debut, Our Version Of Events. No doubt she was just enjoying some free time after a hectic few years. The Scottish singer, however, will deliver her second album, Long Live The Angels. Expect her to pick up exactly where she left off. Bring. It. ON!