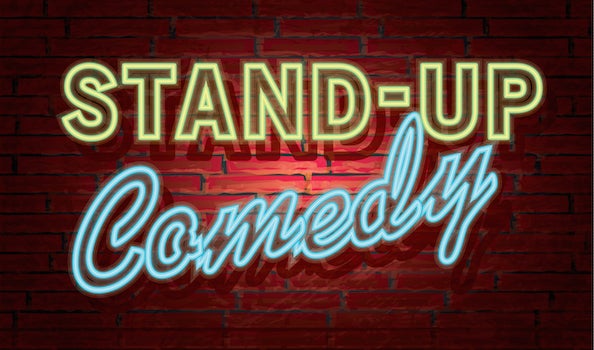 Comedians Have It Much Harder Than Bands. Here’s The Proof…

Have you ever thought, ‘Hmmm… should I be a stand-up comedian, or should I play in a band?’

Well if you have; firstly, congratulations on being so incredibly multi-talented. Few have the necessary skillsets to consider both careers. Noel Gallagher springs to mind; who regularly has us in stiches with his quick wit and dry Mancunian humour. The guy knows how to write the odd song too, you know.

Bands generally know what the crowd are expecting

You’ll rarely attend a gig where a jazz group, a heavy metal band and a folk singer are playing together on the same bill – barring festivals, of course. Music concerts generally tend to stick to one genre, and the same goes for its audience. On the whole, bands know what they are getting, and so does the crowd.

Smaller comedy clubs, however, are often a total gamble: for both the performer and the people watching. Neither really knows what they’ve let themselves in for, which can lead to absolute carnage if there’s a clash of tastes. Basically, imagine Slipknot playing to a classical musical audience at the Royal Albert Hall. Just plain awkward for everyone!

Bands can totally get away with being slightly sloppy live

After all, it’s very hard to notice bum notes when you’re sweating it out in a mosh pit, trying to avoid having your head kicked in by crowd surfers.

Comedians, on the other hand, perform in an environment where every slip up is magnified. There are no loud, beating snare drums and heavy, distorted guitars to mask any mistakes. Therefore, comedians have an added pressure to be perfect, all of the time.

No one can deny it. People in bands are generally pretty hot; even people who – in normal life – couldn’t get a date if they strapped a calendar to their face. Strap on a guitar, though; belt out some chords on a stage, and suddenly they’re an absolute sex god.

Comedians, however, will often delve into self-deprecating personal stories for funny on-stage material. Louis CK is a phenomenal comic, but is he irresistible to women while discussing his eternal struggle to physically put socks on? We’re not so sure. Incredibly funny and beautifully constructed sketch, though!

Being a stand-up can be a lonely job. You are the sole person responsible for the audience having a good time – or not – and that’s a lot of pressure!

Being in a band, however, is a much more collaborative process. Rather than rehearsing your set alone in front of a mirror, bands get to meet up with their mates in a practise studio, probably drink a few beers, probably have a nice catch up and probably laugh at numerous things. Again, being in a band wins!

Have you ever seen an up and coming comedian’s tour schedule? It’s ludicrous. Even Michael McIntyre – who’ll be on stage at The O2 next month – had to grind out the epic tour dates back in the day. McIntyre’s life is certainly more reasonable these days, with a mammoth arena tour coming up, although someone needed to tell @Cherie_Martin about all this sooner: ‘Why am I only finding out now that Michael McIntyre is doing a tour again this year? Please someone take me. The mans a legend.’ Any takers?

Why am I only finding out now that Michael McIntyre is doing a tour again this year? 😱 Please someone take me. The mans a legend!

Drinking on stage is far less manageable for comedians

Have you ever seen a hammered comedian on stage? It’s generally pretty shambolic. In the band world, however, getting smashed before a show is pretty rock and roll, and generally just a bit cool. Bands can get away with it, though. Drinking and music have gone hand-in-hand for centuries.

Therefore, when a comedian is drunkenly slurring through their delivery and mistiming their punch lines, we all notice. And no one is impressed!

Don’t let this put you off being the world’s next best comedian. Although being in a band is probably easier to get off the ground, those who nail it as a comic bring considerable joy and happiness into people’s lives. And nothing can beat that!