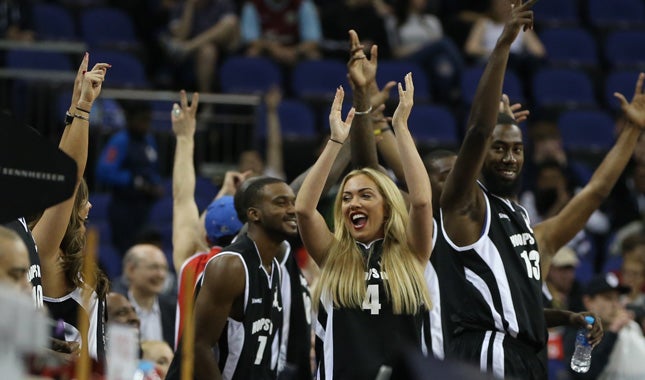 With the BBL 2016 Championship in full swing, we look ahead to its showpiece finale: the Playoff Finals at The O2. Here’s what you need to know ahead of the most important game in British hoops...

Every team is in with a shout

The BBL Play-offs are a prestigious end of season knockout tournament, contested by the top eight teams from the BBL Championship. The first round draw pits the first-placed finishers against the eighth, the second against the seventh, the third against the sixth and the fourth against the fifth, rewarding teams who finish higher in the league with easier opponents. It’s an ingenious way of ensuring that every team has something to play for till the end of the season – even if they’ve got no chance of winning the Championship itself.

With only a third of the 2015-2016 campaign remaining, all twelve teams could still theoretically reach the Play-off Finals, as the Manchester Giants – who are currently propping up the table in 12th – are only eight points behind the eighth-placed Cheshire Phoenix. And while it would take a hell of a run for them to make it all the way to the final, the highly competitive nature of the BBL means that once the knockout stages begin, even the biggest underdogs have a legit shot of pulling off a major upset.

The Eagles are the team to beat

Any side with aspirations of winning the Play-offs is going to have to overcome a significant hurdle to do so: the Esh Group Eagles Newcastle. Hailed as ‘the best team in #TheBBL’ by @dom_lowe,

This is why @NewcastleEagle are the best team in #TheBBL ; they are quality. What a comeback this has been. Not over yet though...

The Eagles utterly dominated during the 2014-2015 season, winning the BBL Cup, the BBL Trophy and finishing first in the Championship. They then proceeded to complete a historic clean sweep of all four BBL competitions by beating hometown heroes the London Lions 96-84 at the Play-off Finals at The O2 in front 15,000 fans, with star point guard Rahmon Fletcher contributing 23 points and nine assists (claiming the final’s MVP title in the process).

Worryingly for the rest of the league, the Eagles appear to have only gotten better this year, bolstered by the continued presence of veteran club captain (and last season’s Championship MVP) Charles Smith, who’s currently top of the league’s total steals chart, despite turning 40 earlier this season. Leading the Championship at the halfway stage and with the 2016 BBL Cup already in the bag – courtesy of a 94-82 victory over the Leicester Riders – could an unprecedented back-to-back sweep be on the cards for the North-East side this year?

The Riders are their biggest threat

Leicester may have had a Championship-best nine game winning streak snapped by Glasgow Rocks in their last outing, but they’ve clearly been the BBL’s form side in 2016, driven on by GB national team captain Drew Sullivan and American forward TrayVonn Wright, who currently boasts a league-best blocks per game ratio of 2.1. And although they recently lost the BBL Cup final to the Eagles, they’re currently second in the Championship, having played five games fewer than their rivals. If they can win these, they’ll draw level at the top of the table, giving them a realistic shot at winning the Championship – and a huge psychological boost heading into the Play-offs.