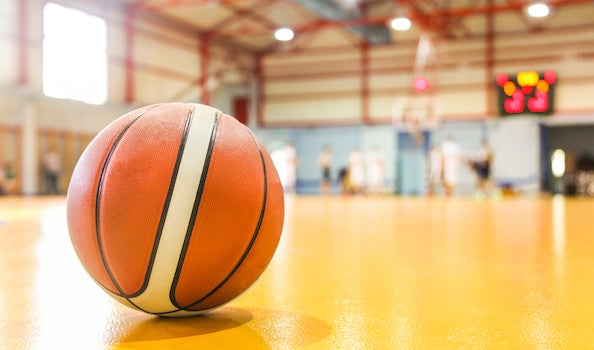 Is Basketball Finally Capturing The UK?

Basketball is the third most popular sport in the world, enjoyed by over two billion people from America to China via Western Europe and Russia. But it’s only in the past decade that we’ve truly embraced it here in Britain, which is surprising given how far back our relationship with the game actually goes.

The first team to bring their bombastic brand of on-court showmanship to the UK was the legendary Harlem Globetrotters, who in 1951 – with star players Marques Haynes and Reece ‘Goose’ Tatum at the peak of their powers – won a string of memorable matches against the Boston Whirlwinds, both north and south of the border. It’s a tradition they continue to this day, with regular European tours that still contain their classic combination of dazzling tricks and pantomime humour – including referees being doused with buckets of water and confetti – much to the delight of both new and long-term fans.

But for British sports fans to truly embrace basketball, they would need to have access to two crucial things that the Trotters’ spectacularly slapstick exhibition matches simply couldn’t offer: a high-quality domestic league and the star power of the mighty NBA.

The first of these came to pass in 1987 with the formation of the British Basketball League (or BBL for short), which currently features 12 teams who compete in the regular BBL Championship, an end-of-season Play-Off Finals and two cup competitions: the BBL Cup and the BBL Trophy.

The BBL has developed into a perfect platform for emerging British talent, with many players – including current Leicester Riders star and GB national team captain Drew Sullivan going on to represent their country or even – in the case of former Portland Trail Blazers power forward Joel Freeland – actually play in the NBA.

As the league has grown, so has its fan base, with over 15,000 spectators packing out The O2 for last year’s Play-off Final – an epic encounter between the Esh Group Eagles Newcastle and the London Lions, which saw the north-east side eventually triumph 96-84.

The Eagles triumph over the Lions at The O2

This domestic rise to prominence has coincided with the NBA expanding its Global Games scheme to host regular-season matches – as opposed to friendlies – on UK soil for the first time, allowing fans to see the best players in the world compete in legitimate, high stakes encounters.

Now in its fifth year at The O2, the 2016 edition featured what @misslexirose aptly described as an ‘awesome’ encounter between the Toronto Raptors and the Orlando Magic, with the Raptors eventually prevailing 106-103 in overtime.

With quality local teams battling it out in a competitive national league, as well as regular visits from the best players in the NBA – and, of course, the much-beloved Globetrotters who’ll be gracing The O2 on April 24 – basketball has successfully earned its place alongside traditionally British games such as football and rugby in the hearts and minds of UK sports fans.