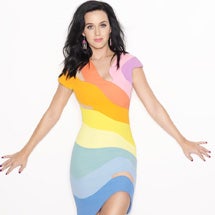 Katy Perry is one of the biggest names in pop and with a whole bunch of industry awards and nominations she is the only artist to spend 69 consecutive weeks in the Billboard Hot 100 top ten. Eleven Grammy nominations, two American Music Awards, 11 MTV Video Music Awards and 14 People’s Choice Awards make her no stranger to success. Named by Billboard as 2012’s Woman of the Year, she’s also created her own fragrances, Purr, Meow and Killer Queen. Katy made her film debut in The Smurfs as the voice of Smurfette and in 2012, released her own 3D documentary, Katy Perry: Part of Me.

Katy Perry was always meant to be on stage. Starting out as a gospel singer in California, she began singing and song writing from a very young age, releasing her first album when she was just 17. Katy then moved to Los Angeles where she worked with American songwriter, Glen Ballard, to try and break into the industry. It was only after being recommended to the chairman of Virgin Records by an executive at Columbia that Katy signed with Capitol Music Group. This is when things really took off. She recorded the album, One of the Boys in 2008, which rode off the back of her single, I Kissed A Girl. The song was an instant worldwide hit, ruling the airwaves and boosting cherry Chapstick sales everywhere.

In 2010, Katy released her next album, Teenage Dream, which gave her five No. 1 hits – the most from any one album by a female artist. More than just pop rock, the record was influenced by disco, electro, funk and hip hop. Katy has already sold over 11 million albums and 81 million singles worldwide, holding the most five time platinum singles in history. Her fourth and most recent album, Prism, follows the No. 1 single Roar and takes its lead from Swedish dance music, focussing heavily on self-empowerment. Katy will be visiting The O2 in May with support from Icona Pop. Grab your Katy Perry tickets now and join the party. 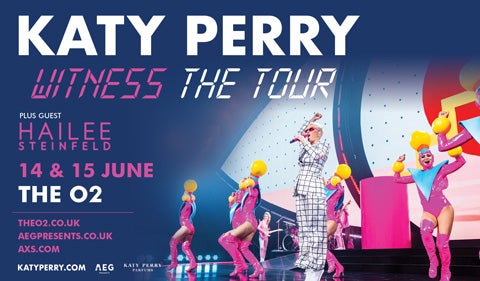 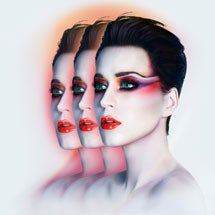