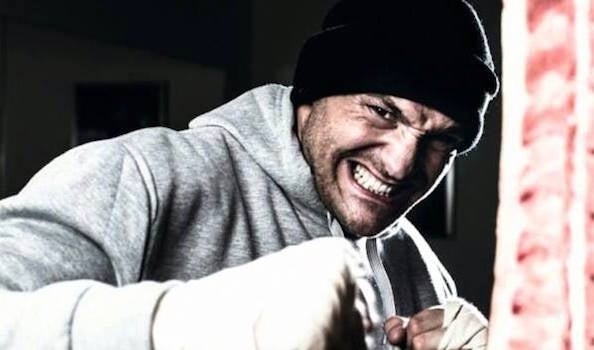 The 5 Most Shocking Upsets In Heavyweight History

One of the greatest sporting upsets of all time. Douglas was a 42-1 underdog heading into this bout with “Iron” Mike, an undefeated, undisputed world champion who had brutally knocked out a string of opponents. But the journeyman challenger refused to roll over, jabbing, moving and generally dominating the fight – despite suffering a surprise knockdown in the eighth round – before eventually finishing Tyson in the tenth. The victory was made even more poignant when Douglas dedicated it to his mother, who had passed away a few weeks prior.

Few people gave Clay – who would change his name to Muhammad Ali shortly after – a hope in hell against Liston, a monstrous puncher who was coming off a pair of devastating first round knockout wins over former champ Floyd Patterson. But the 1960 Olympic gold medal winner was simply too quick, using the mesmerising footwork that would become his trademark to outmaneuver his much bulkier opponent. After six rounds of punishment, Liston quit on his stool, complaining of an injured shoulder, leaving a triumphant Clay to bellow ‘eat your words!’ at the stunned press sitting ringside.

Lewis was expected to walk through Rahman, an unheralded challenger who had been knocked out by David Tua and Oleg Maskaev earlier in his career. This could explain why the champ turned up weighing a career-high 253.5 pounds and put on an uncharacteristically listless performance (he later admitted to having not taken the fight seriously enough). Like Douglas before him, Rahman was hungry, in shape and determined to make the most of his shot at greatness, which is exactly what happened when he sent Lewis crashing to the canvas in the fifth to claim the lineal heavyweight crown.

It might seem crazy having two Ali fights on this list, given his well-earned reputation as one of the greatest of all time. But a decade on from his win over Liston, he was once again a heavy underdog, this time against George Foreman, who was fresh off a dominating two round blowout of Joe Frazier – who Ali had barely beaten in their previous encounter. Lacking the speed that had made him so effective in his early career, an ingenious Ali resorted to what would subsequently be termed the “rope-a-dope” strategy, covering up and letting Foreman go to work – and eventually punch himself out – during the first seven rounds, before opening up and knocking out his exhausted opponent in the eighth.

Klitschko had suffered unexpected losses before in his career – to Corrie Sanders in 2003 and Lamon Brewster in 2004 – but having gone on to rule the heavyweight division for over a decade, nobody predicted he would slip up against Fury. But the undefeated Brit put on a career-best performance, wearing the champion down, goading him and eventually cutting him before winning a unanimous decision, despite being deducted a point for punching the back of the head. The result was even more impressive given that the fight took place in Germany, Klitschko’s adopted home nation. As Calwyn Gibbs rightly says, ‘Fury really did ‘earn his championship’.

@StanCollymore @naevaypal not many in that top ten who could go to germany and beat @Klitschko like @Tyson_Fury did. Earned his championship

The question now is whether the self-styled “Gypsy King” will be able to do what Douglas and Rahman couldn’t, and successfully defend his title, with Klitschko looking to exercise the immediate rematch clause in his contract and a host of dangerous challengers – including a resurgent David Haye and Olympic champion Anthony Joshua – waiting in the wings.