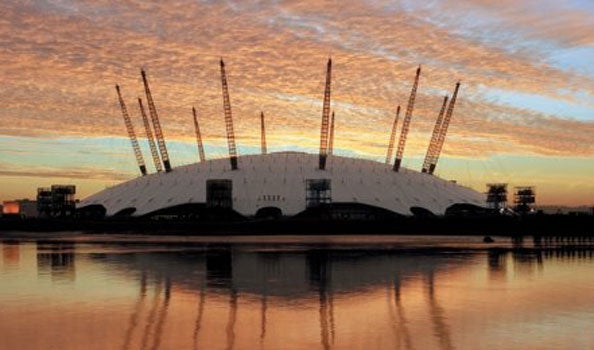 The 6 Most AWESOME Places To Catch A London Sunset

Don’t let the sun go down on me – unless you’re in London and you have an AMAZING view! We round up London’s best social media sunsets.

If you haven’t yet tried out Duck and Waffle, billed as the highest 24/7 restaurant in London, then you’re in for a treat. As @__VictoriaR recently found out, not only is the food totally dee-lish, but the view isn’t bad either!

We don’t mean to boast, but our tent is 52 metres tall at its highest point, so if you’re after somewhere to track down the best sunset, we reckon we’ve got it covered. With Up At The O2’s Sunset Climb, you don’t have to worry about other happy snappers ruining your shots – just grab your camera and off you go. @shellahhhh had the right idea…

We couldn’t quite believe it either, but @mfl69 has convinced us that Deptford Bridge in south-east London is just as worthy of an awesome sunset as anywhere. You’ve just got to figure out how to get up this high…

Hyde Park is about more than feeding the ducks and re-enacting scenes from your favourite films (or is that just us?), it’s also a great place to see the sun go down. Have your camera handy and you might catch a cracking photo like this one from @jewelchic. Beautiful.

Can you believe this was in the middle of London? It was the perfect Summer night as we walked home from dinner through Hyde Park. Thank you London for a fun week!!check out my Insta Stories to see more of our day in London 🇬🇧🇬🇧🌅❤️🍸😃 #dusk #London #hydepark #londonsunset #serpentinelake #pretty #omagbreathingspace #summer #eurocastrans #lastdayofvacation #happiness #serenity

London Docklands might be steeped in history, but for now, let’s focus on its epic sunsets. @SarahFosseArt caught this on a recent evening stroll, proving there is such thing as a decent British summer!

Ever headed over to Putney Bridge in search of a jaw-dropping sunset? No, we haven’t either. But that’s OK before @bakrim2000 has done it for us, and we must say we’re pretty inspired!