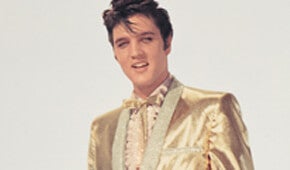 Elvis Presley’s unique gold suit will be displayed at Elvis at The O2: The Exhibition of his life from Sunday 12 April for a limited period of two months only, before being returned to Graceland.

The suit will take pride of place alongside all of the other iconic items which are already on display.

This is a rare chance for Elvis fans to see one of the most famous outfits worn by Elvis. Known as The $10,000 Gold Lame Tuxedo, the outfit was created in January 1957 by Nudie Rodeo Taylors of North Hollywood. It was so valuable that Elvis’ notorious manager, Colonel Tom Parker, always had it specially transported in an armoured car under armed guard. Elvis first wore the full outfit on 28th March 1957 during a performance at the International Amphitheatre in Chicago.

He wore the full outfit of gold jacket, trousers, belt, tie and shoes just two more times – in St. Louis the following night and then again in Toronto on 2nd April 1957.

Read about Elvis Presley’s Pink Cadillac, which is currently on desplay at the Elvis at The O2 exhibtion. 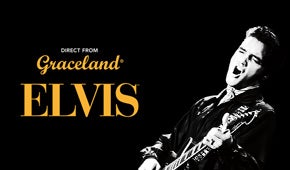 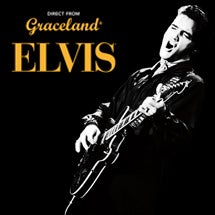