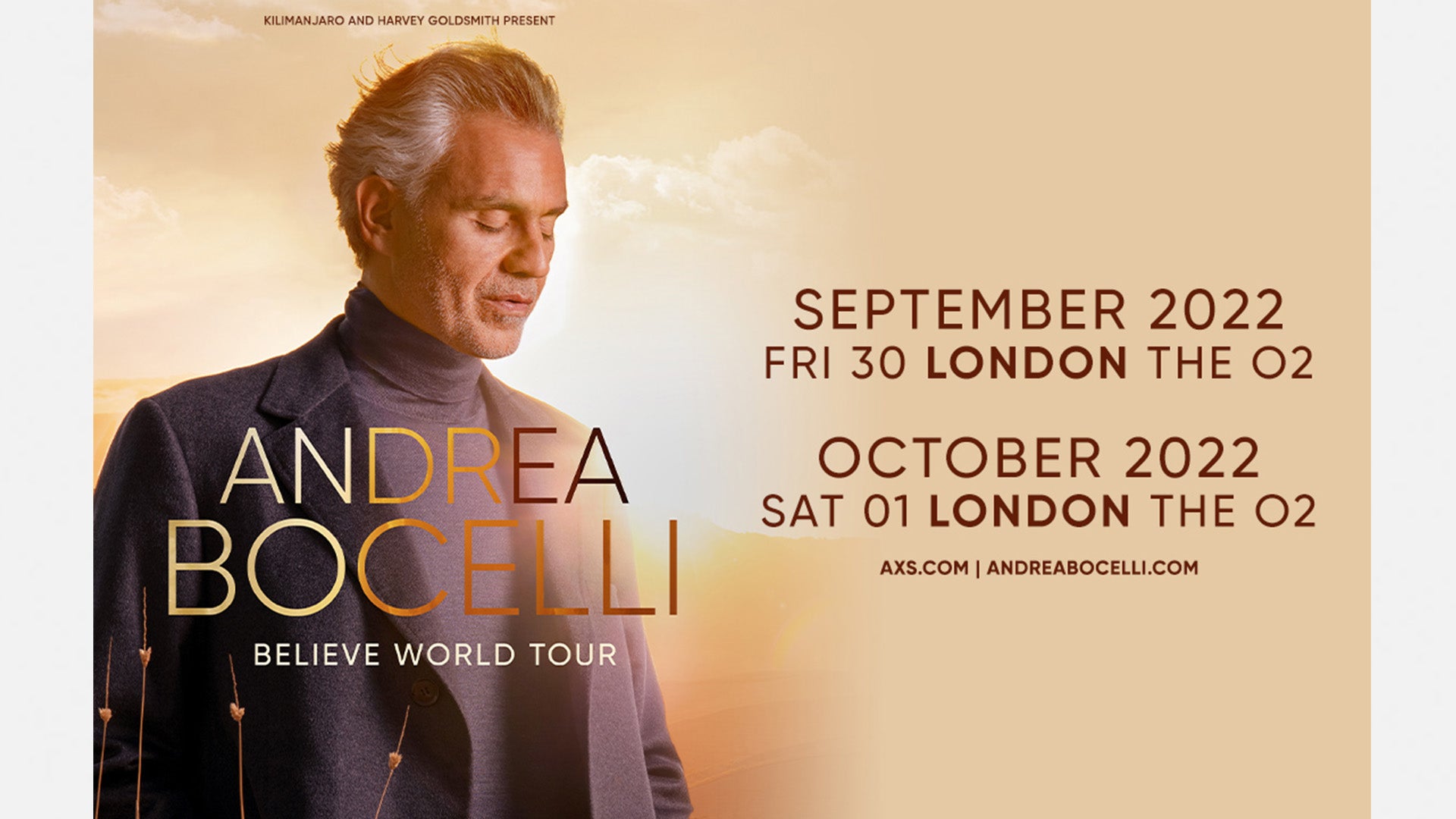 These newly announced dates for 2020 will see Bocelli bring an all-new show format to his legions of fans – the first part a more classical program, showcasing his most well-known operatic arias, with the second part containing his most popular hits.

The 2019 shows will feature songs from Bocelli’s latest album ‘Si’ as well as a wide repertoire from across his 15 studio albums.

Reportedly the biggest selling solo classical artist of all time with 85 million worldwide album sales, Bocelli has performed for four US Presidents, two Popes and many Royal families across the world, as well as at high-profile ceremonies for the Olympic Games and the World Cup. The Maestro has countless music awards to his name over the past 25 years in music and even boasts a Star on the Hollywood Walk of Fame, which he received in 2010 for his contribution to live theatre.

Bocelli is renowned worldwide as one of the most accomplished representatives of Italy’s finest vocal tradition, his rich and unique voice being one of the most distinctive of all time. The tenor actively supports numerous philanthropic causes furthering medical and scientific research, tackling poverty, as well as promoting compulsory primary education worldwide.