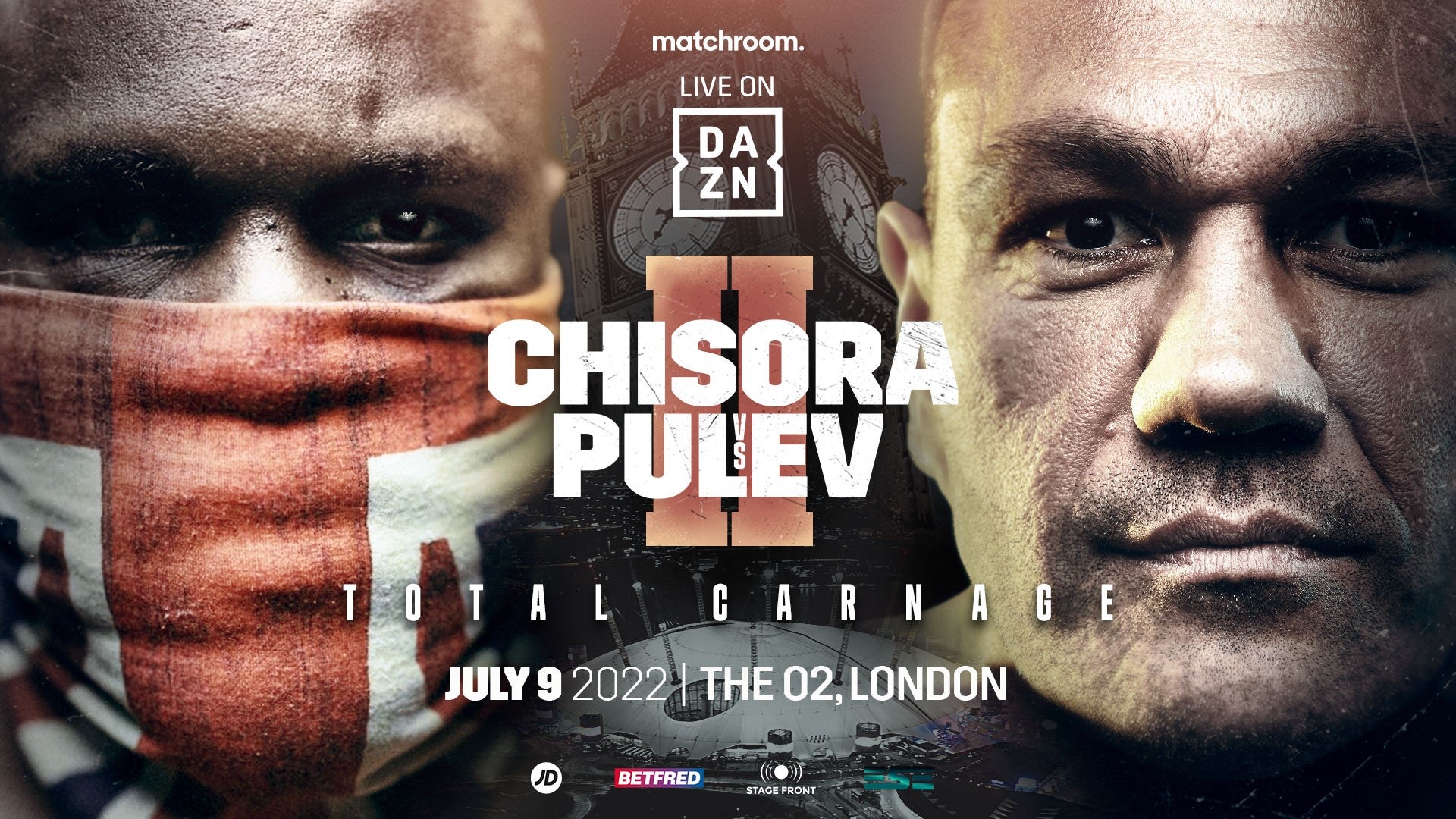 Derek Chisora and Kubrat Pulev will meet for a second time for a rematch at The O2 on Saturday 9 July 2022.

Over six years on from their 12-round battle for the European Heavyweight Title, it was Bulgarian star Pulev (29-2, 14 KOs) who came out on top on that occasion, winning a tough split decision that saw him progress in their IBF World Title Eliminator and claim the vacant European crown for the second time in his career.

“I’m delighted to get this fight over the line,” said Matchroom Sport Chairman Eddie Hearn. “Initially we worked on some other opponents for Derek, but this fight came out of nowhere a few days ago and I absolutely love it! I think the strapline, ‘Total Carnage’, is absolutely perfect for this fight, in terms of the build-up and in terms of the fight itself. Expect the unexpected but expect a thriller at The O2 on July 9. Both men have been longstanding fixtures of the World Heavyweight division and it’s all or nothing at The O2 for both, as defeat could lead to the end of the road. Fans can expect a huge undercard and a brilliant main event for another brilliant event live on DAZN.”

“This rematch between two of the Heavyweight division’s most exciting fighters is sure to be a sensational showdown that takes over The O2,” said Ed Breeze, EVP Rights at DAZN. “We look forward to broadcasting this event to fans around the world as part of a stacked and still growing slate of can’t-miss fight nights all summer long on DAZN