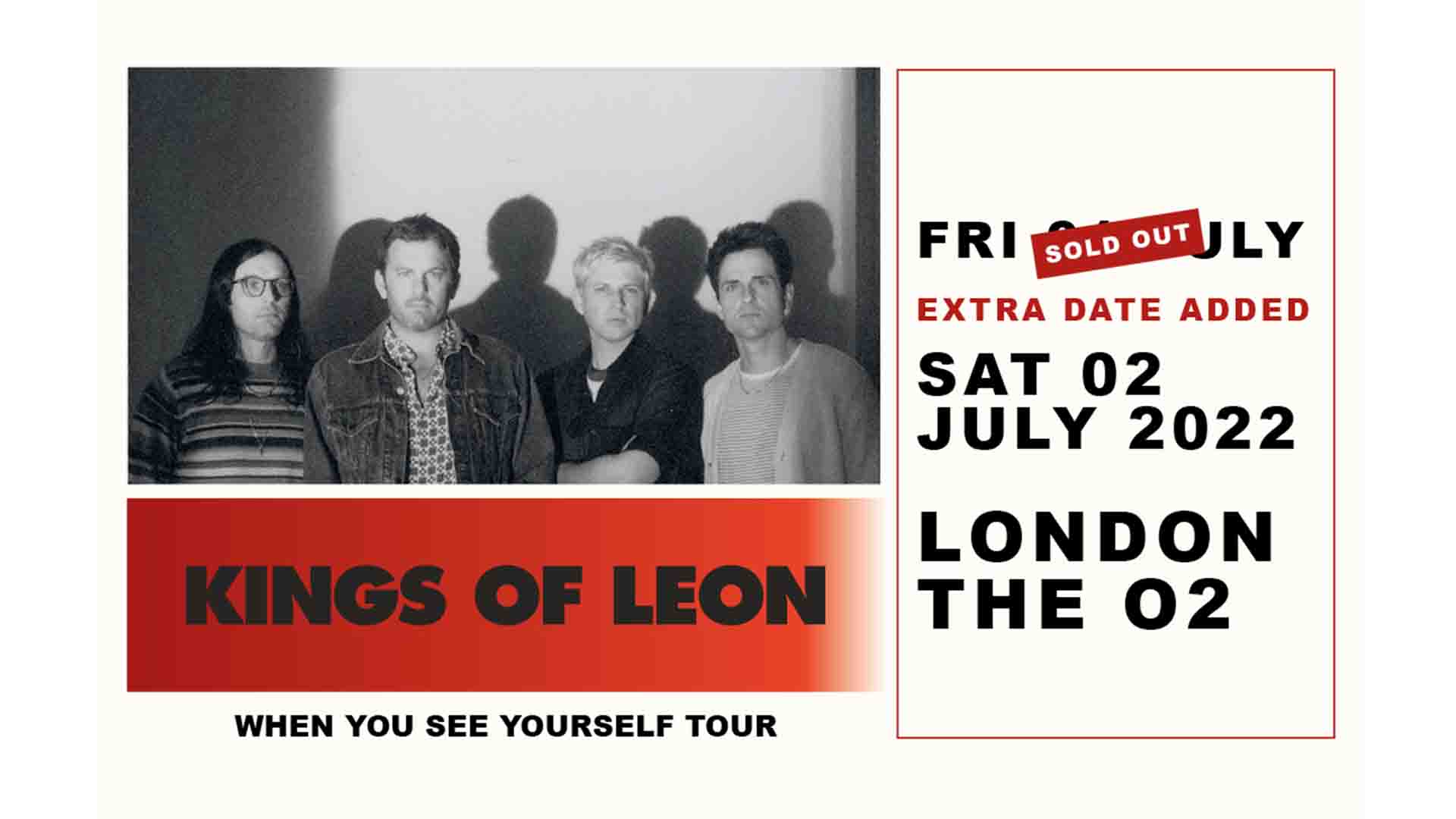 with support from The Snuts & The Vaccines*

with support from The Snuts & The Vaccines*

Kings of Leon have announced a new tour in support of the band’s eighth studio album and sixth successive UK number one album ‘When You See Yourself’, released in March 2021. The band will perform at The O2 on Friday 1 and Sat 2 July 2022.

*Kings Of Leon will be joined by special guests The Snuts on 1 July and The Vaccines on 2 July.