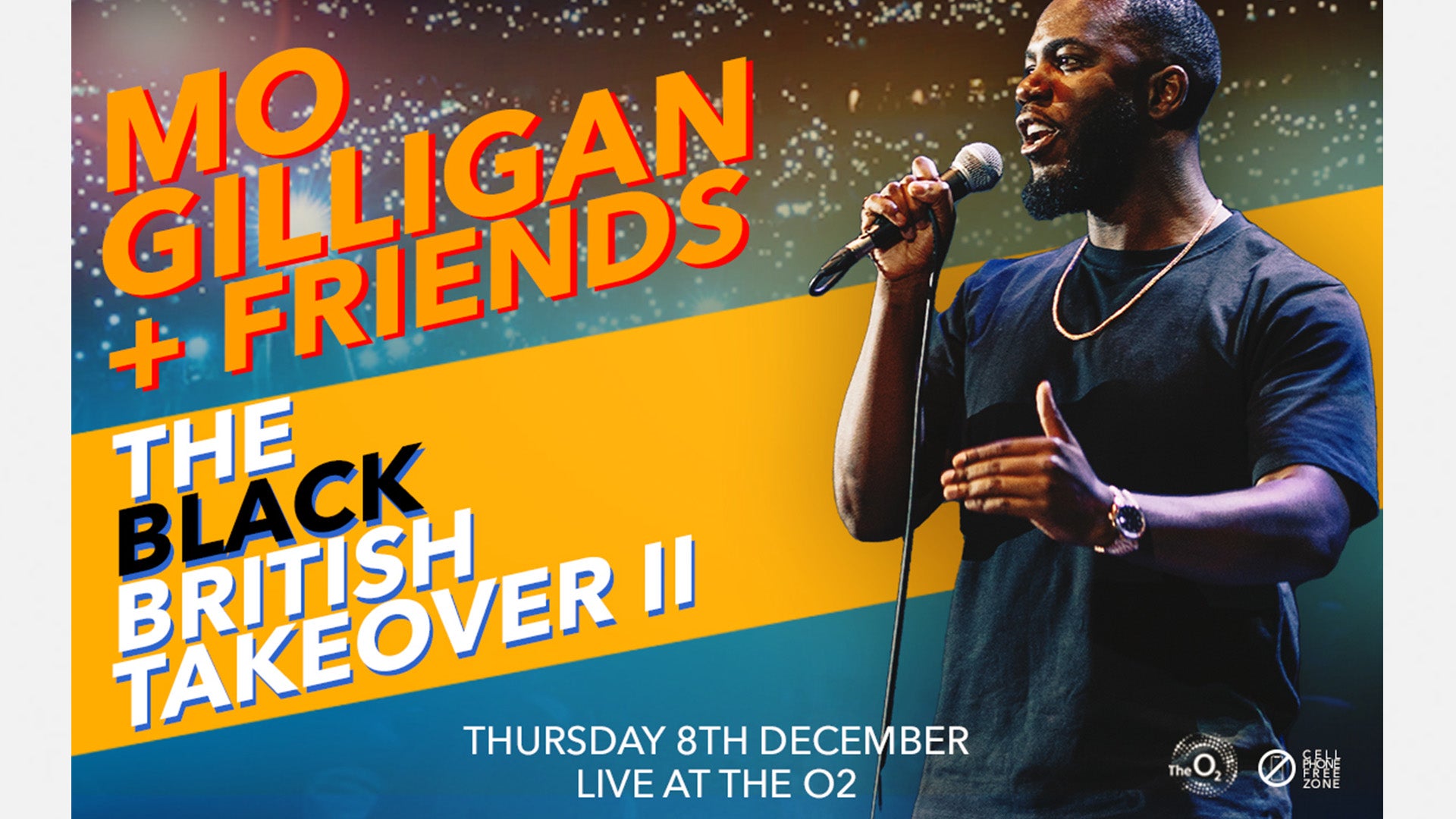 Off the back of a storming host role at this year’s BRIT Awards and his second Netflix stand-up special release, double BAFTA winning British comedian Mo Gilligan announces his return to London’s 20,000-seater The O2 on December 8th 2022 - a year to the day of his debut, which marked the biggest show of his career.

The line up for The Black British Takeover Part 2 includes comedian Richard Blackwood, with more to be announced over the coming months. Once again it will feature some of the most outstanding headliners and emerging artists from the thriving UK scene. Last year’s event went down as one of the most legendary shows in British stand-up history, with London’s biggest arena rebranded as “The Mo2”.

Mo Gilligan says of the new announcement: "I’m really proud of the Black British comedy circuit. It’s where I started and is full of so much incredible talent. I’m absolutely honoured to be heading back to the legendary The O2 with another history making line up.”

Gilligan is a true breakout star. With his high-energy style and stunning physicality, the multi award-winning TV host, Masked Singer judge and social media mega star, is now one of the UK's most celebrated comics. Recent career highlights include hosting the iconic BRIT Awards, his debut book release, recording 4 series of The Big Narstie Show, producing his first documentary, launching the acclaimed Big Breakfast reboot and landing his own hit Channel 4 series The Lateish Show with Mo Gilligan, which bagged him one of those spectacular BAFTAs for the Entertainment Performance Award and was recently commissioned for a 3rd and 4th bumper series commission.