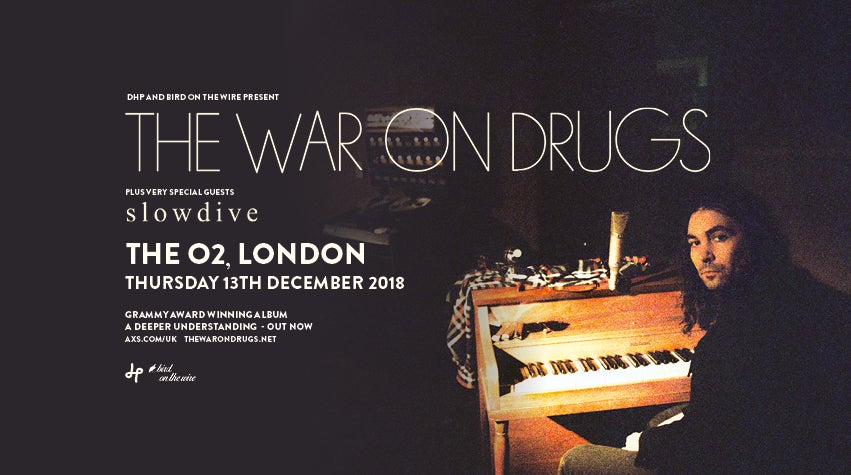 The War On Drugs

The War On Drugs

The War On Drugs have announced their only UK headline show of 2018 – a very special gig at The O2, London on Thursday 13 December 2018.

Their fourth album, the 2017 release “A Deeper Understanding”, garnered huge critical acclaim and praise for the Philadelphian band, picking up from where their 2014 masterpiece “Lost in the Dream” left off, and winning them a Grammy Award in the process. This European arena tour wraps up a triumphant 2018 for Adam Granduciel and his band.

Their show comes after a long sold out show at Alexandra Palace in 2017, and a massive outdoor performance at Victoria Park this June with The National.

For their biggest UK show to date, they will be joined by very special guests, Slowdive; the British shoegaze legends who last year made one of the greatest recent comebacks with their fantastic self-titled album “Slowdive”, their first release since 1995’s “Pygmalion”.

Tickets go on general sale Friday 22 June at 10am.