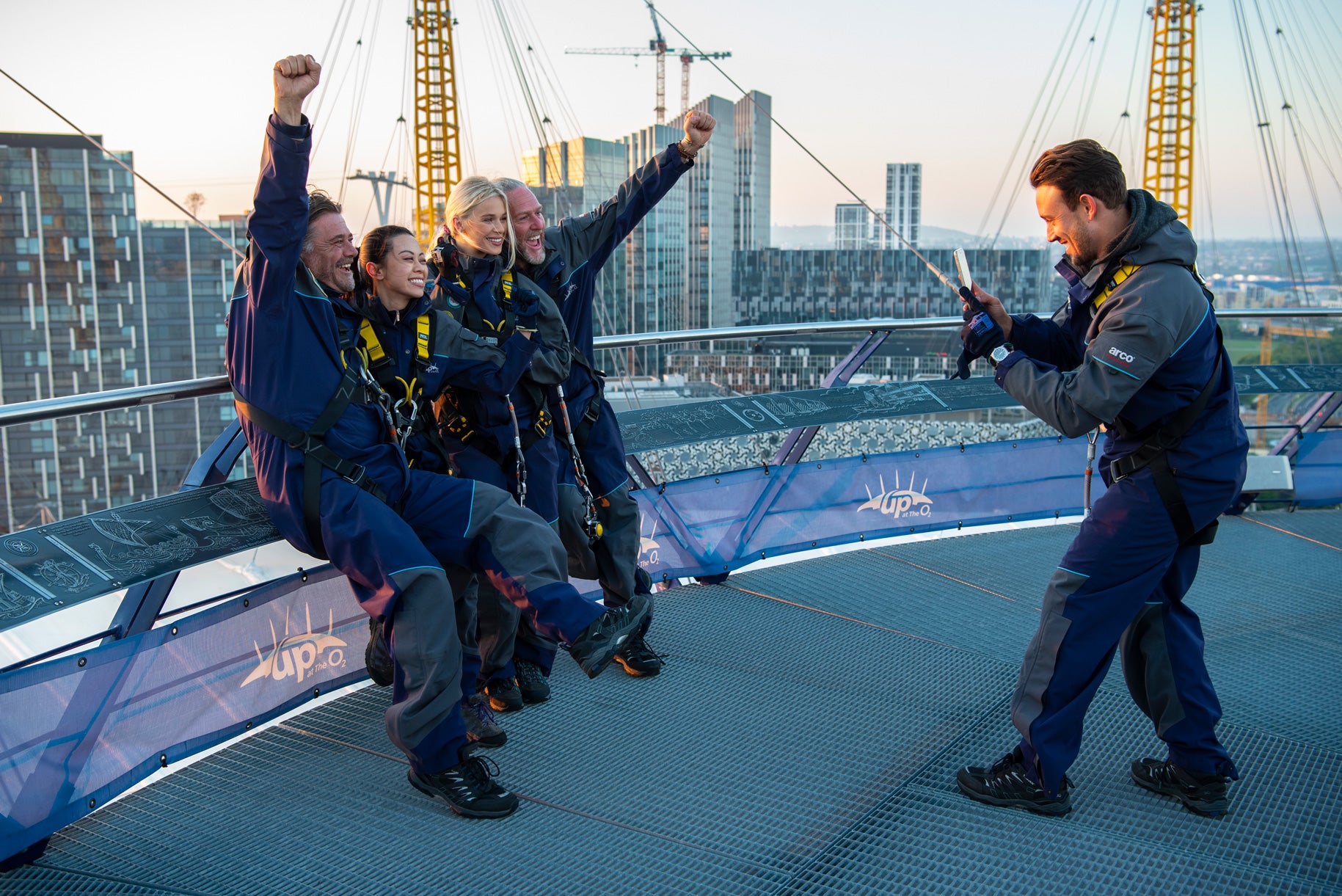 Up at The O2 hails a successful summer with a record-breaking August, whilst surpassing over 900,000 climbers since opening in June 2012. The roofwalk attraction over the world’s most popular music, entertainment and leisure venue is also celebrating being awarded the TripAdvisor Travellers’ Choice Award placing it in the top 10% of attractions worldwide.

Despite a challenging year for the industry, Up at The O2 set a new record for admissions in August 2021 beating its previous record-breaking August in 2019 by 6%. This figure is 21% up on compared to an average August and was the result of 99% occupancy throughout the whole month.

Further to a rise in climbers, almost 3,000 glasses of Champagne Lanson were served in August, and over 20% of all climbers during 2021 upgraded their experience to a Celebration Climb.

Dan Hurst, Head of Attractions at Up at The O2, said “It’s been a fantastic summer for Up at The O2 and considering the challenges and closures over the past 18 months, we’re thrilled to have set a new record for the number of climbers going over the roof. We’ve worked very hard to ensure our experience is best in class, so we’re really proud to win the TripAdvisor Travellers’ Choice Award and be listed within the top 10% of attractions in the world. As we continue to build on the success of this year, we’re looking forward to an even better 2022, which also marks the attraction’s 10th birthday in June.”

Enhancing the climb experience, Up at The O2 has also run a range of unique activations throughout the year which have contributed to the record visitor numbers and advance ticket sales. This included acoustic music and mocktails on the roof for the ‘Thursday Lates’ series; a run of exclusive rooftop performances from the Virgin Money Emerging Stars launched by Laura Whitmore; and finally Drag Up at The O2 with Glamazon drag queen Herr.

As well as hosting a charity climb day with Music Venues Trust and special guest Frank Turner earlier this summer, the attraction also welcomed its oldest climber earlier this year, as Romford-born Harry White completed a climb over the roof on his 100th birthday.

The attraction has also broadened its offering of ‘Climb and Dine’ packages this year, by launching a new partnership with Gordon Ramsay’s Street Burger. Other restaurants available under this offer also include All Bar One, Gaucho and Busaba Eathai.

Furthermore, Up at The O2 has also integrated with booking management company Bokun to allow partners instant access and full inventory. The team also attend their first in-person industry event at the UKinbound Annual Convention in Manchester earlier this month, with future attendance also confirmed for industry events including GEM and World Travel Market.

As well as Up at The O2, there’s plenty to explore at The O2 including Icon Outlet, one of London’s most exciting retail destinations with up to 70% off 60 superstar brands; TOCA Social – an interactive football experience; Cineworld, London’s largest cinema with 19 screens; the 12-lane boutique Hollywood Bowl; Oxygen Freejumping trampoline park; immersive dining experience Mamma Mia! The Party; interactive photo experiences Selfie Factory and Tikky Town, and over 30 bars and restaurants.

The O2, a full day-out destination, is located just 15 minutes from Central London, and is easily accessible via road, tube, bus or Uber Boat by Thames Clippers.