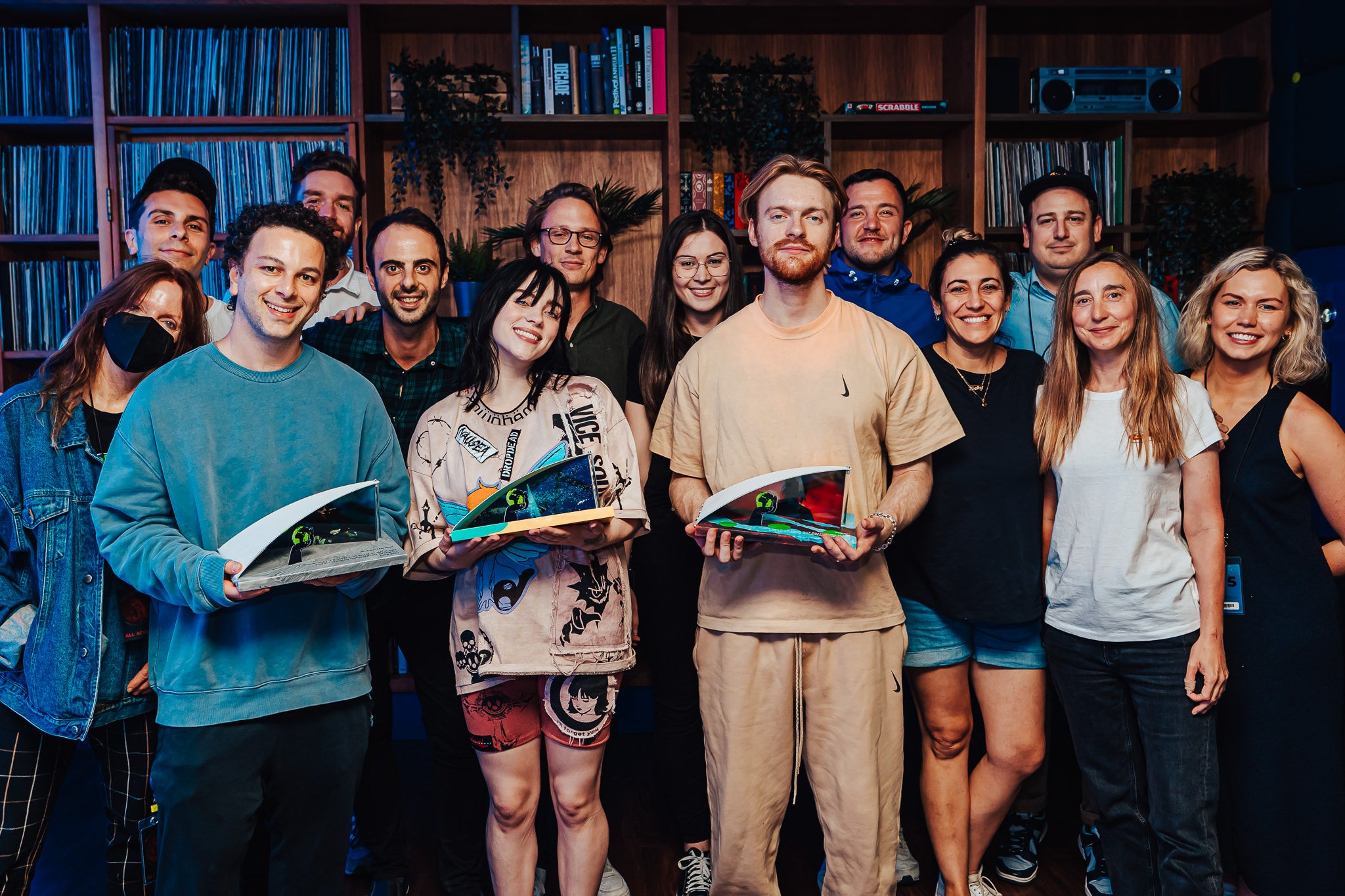 Ahead of her hotly anticipated performance at Glastonbury later this week, Billie Eilish has been presented with a special First Time Award by The O2 to celebrate her six headline shows at the venue this month.

The sell-out shows (promoted by Live Nation) formed part of Eilish’s ‘Happier Than Ever’ Tour, with her final two performances at The O2 due to take place this coming weekend.

Inspired by Eilish’s passion for sustainability, the award presented by The O2 features a unique design and has been created using Jesmonite, a sustainable material which can be crushed and reused. This special award also features a piece of The O2’s own tent fabric that was retrieved following Storm Eunice, as well as photographs from her first show at the venue.

Christian D’Acuña (Senior Director of Programming at The O2) said: “It’s been incredible to welcome Billie Eilish to The O2, and we’re so proud to have hosted not only six incredible debut shows at the venue, but also the Overheated festival, which has sparked important discussions around making both our planet and our industry more sustainable. We’ve all been so inspired by Billie and her team, and it's a real privilege to be able to present our first, first time award that has been created from reusing the tent material that was ripped off from the venue during Storm Eunice, to her. A huge thank you to Billie, Wasserman Music, SJM Concerts, Live Nation, Support + Feed, REVERB, and everyone who’s worked so hard to make these events such a huge success.”

Mike Malak (Agent at Wasserman Music) said: “A special thank you to The O2 for hosting us over what has been six incredible shows and the opportunity to create meaningful change through the launch of Overheated. The fight against climate change is incredibly important to us and with these initial steps and conversations there is now a chance to build on this.”

Kelly Chappel (EVP of Global Artist Development and Global Tour Promoter at Live Nation) said: “I’m personally so proud of our six Billie Eilish shows at The O2. I’d like to thank everyone who was involved in delivering this tour. It’s testament to thoughtfulness and hard work, and it can serve as a blueprint for future arena tours, as this proves that artists performing on large scale tours can make vital changes to aid sustainability and be friendlier to our planet.”

Alongside her tour, Billie Eilish, The O2, Support + Feed and REVERB also launched Overheated, a cross-campus climate festival taking place at The O2 across Eilish’s show dates, featuring a range of panel events, film screenings and more, to educate and raise awareness about the climate crisis.

In conjunction with Eilish’s show dates, and the Overheated festival, The O2 also made several commitments to make the venue more sustainable, and in response to Eilish’s Green Rider, including offering a fully vegan menu in The O2 arena for all of Eilish’s show dates, with The O2 being the only venue on her UK tour to do this. The O2 also introduced recyclable paper cups and recycled PET fabric wristbands in the arena for the first time.