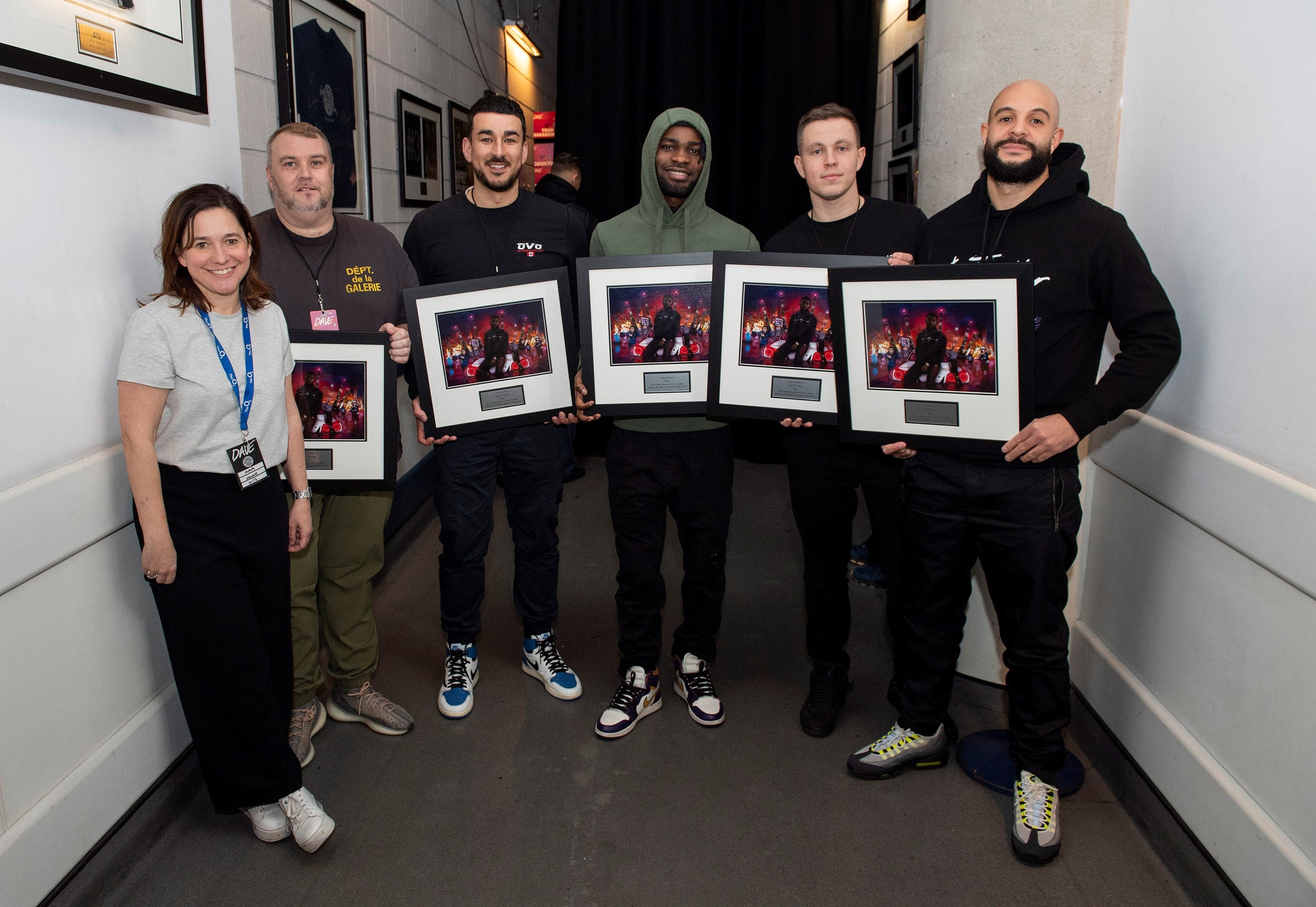 Fresh from his win of Best Hip Hop/Rap/Grime Act and iconic performance at The BRIT Awards 2022, Dave was back at The O2 this week for his first headline shows at the venue, which took place on Monday 28 February and Tuesday 1 March. In celebration his debut headline show at The O2, Dave was presented with a special First Time Award from the venue.

The sell-out shows (promoted by SJM Concerts) formed part of Dave’s ‘We’re All Alone In This Together’ Tour.

Emma Bownes (VP of Venue Programming at The O2) said: “The two sold-out Dave shows this week will live a long time in the memory of anyone lucky enough to have been there. To see 18,000 fans screaming Dave’s lyrics back at him, tirelessly jumping in front of a hugely impressive production, felt like a real celebration of the power of music. We were devastated when the shows had to reschedule due to the damage caused by Storm Eunice, and are hugely grateful to Dave and his entire team that they found a way to make them happen.”