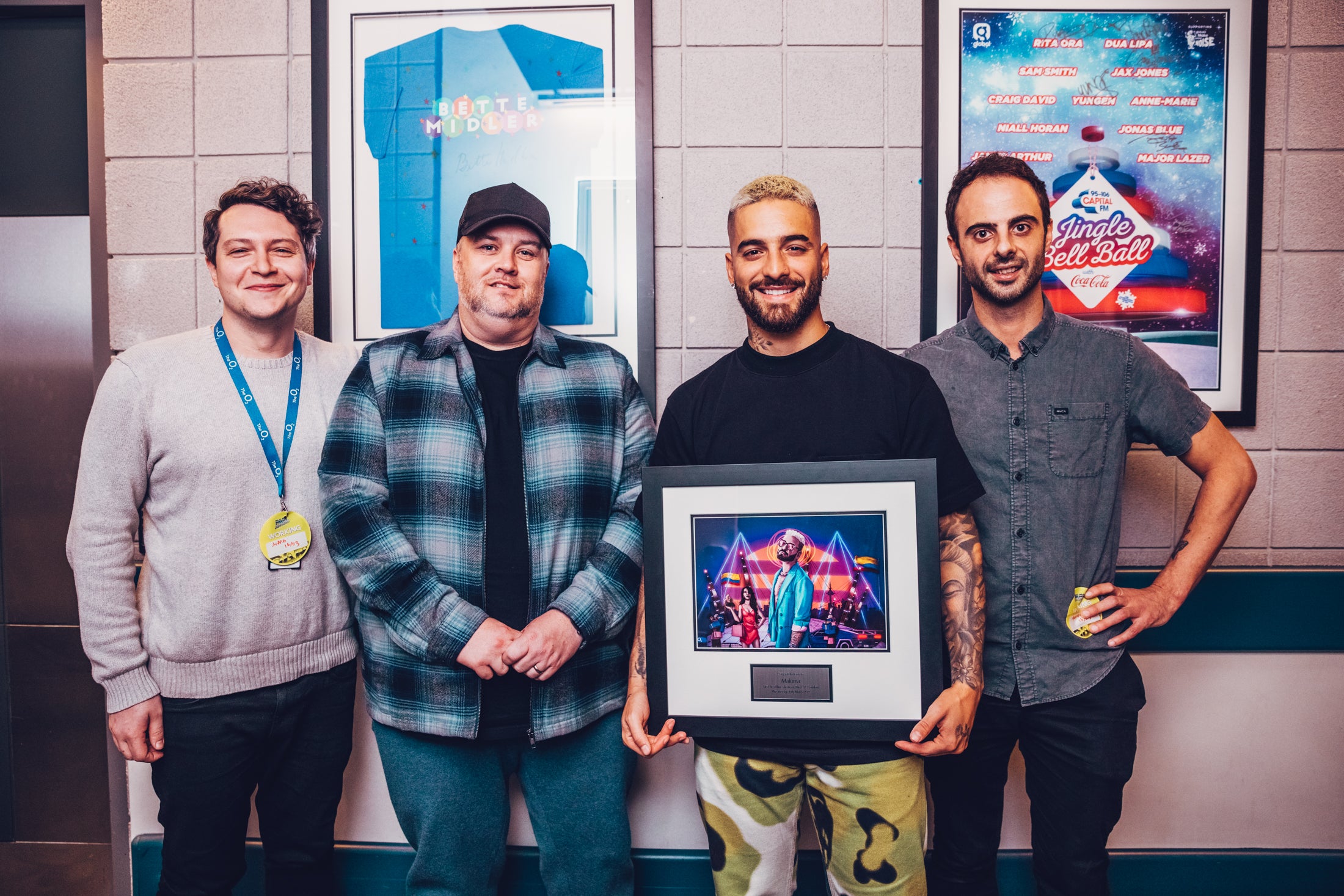 Maluma performed his first headline show at The O2 this week as part of his Papi Juancho tour, promoted by SJM Concerts. At the show, which took place on Wednesday 16 March 2022, Maluma was presented with a First Time Award from the venue to commemorate this milestone.

Marc Saunders (Programming Manager at The O2) said: “We’re thrilled to have welcomed Maluma to perform his first headline show at The O2. There was a distinct energy in the arena as fans were treated to his mesmerising brand of Latin pop. Thanks to Maluma, his team and SJM Concerts, for an incredible show.”