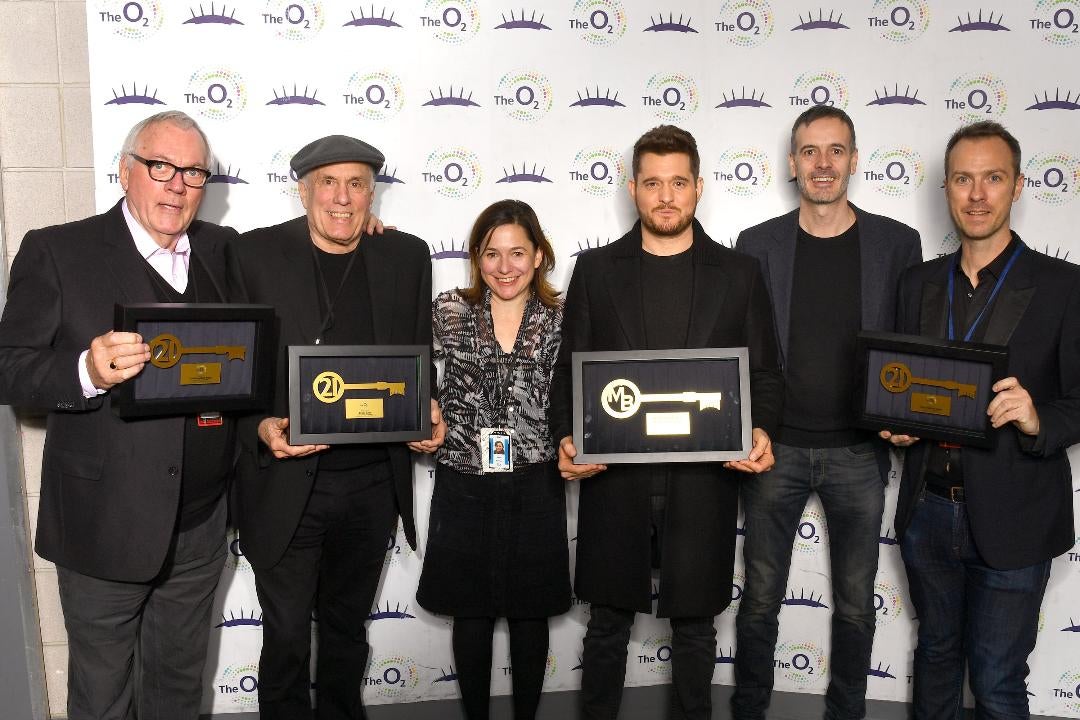 Michael Bublé has been presented with a key to The O2 after reaching a milestone of 21 performances, becoming the fifth musician to join The O2’s 21 Club.  Bublé first performed at The O2 in 2008 as part of his “Irresponsible” tour, later returning in 2010 for two nights with his “Crazy Love” tour. In 2013, Bublé’s “To Be Loved” tour saw the artist perform for a further 10 nights, whilst later returning in 2014 for two shows and 2018 for one show. Now having returned with his latest tour, “An Evening with Michael Bublé”, the world renowned artist has hit the record-matching 21 performances at The O2.

Designed by The O2, the key is finished in gold, mounted over pleated blue velvet, has the initials “MB” engraved within the circle of the key and an outline of The O2 within the key’s teeth. As well as being presented to Bublé himself, the award will also be housed on the venues backstage ‘walk to stage’ wall, visible to all future performers.

The 21 Club was first established in 2007 after Prince performed his legendary 21-night run. As the fifth musician to become a member of the 21 Club, Bublé joins Prince, Drake, Take That and One Direction as a key holder to The O2.

Emma Bownes, VP of Venue Programming at The O2 said: “It’s great to welcome Michael Bublé to the twenty one Club, one of only three solo artists to headline The O2 twenty one times. Since the very first time he played the arena back in 2008, Michael Bublé has brought some incredible performances to the stage and we congratulate him and his team on achieving this milestone. We hope to see him back again soon!”