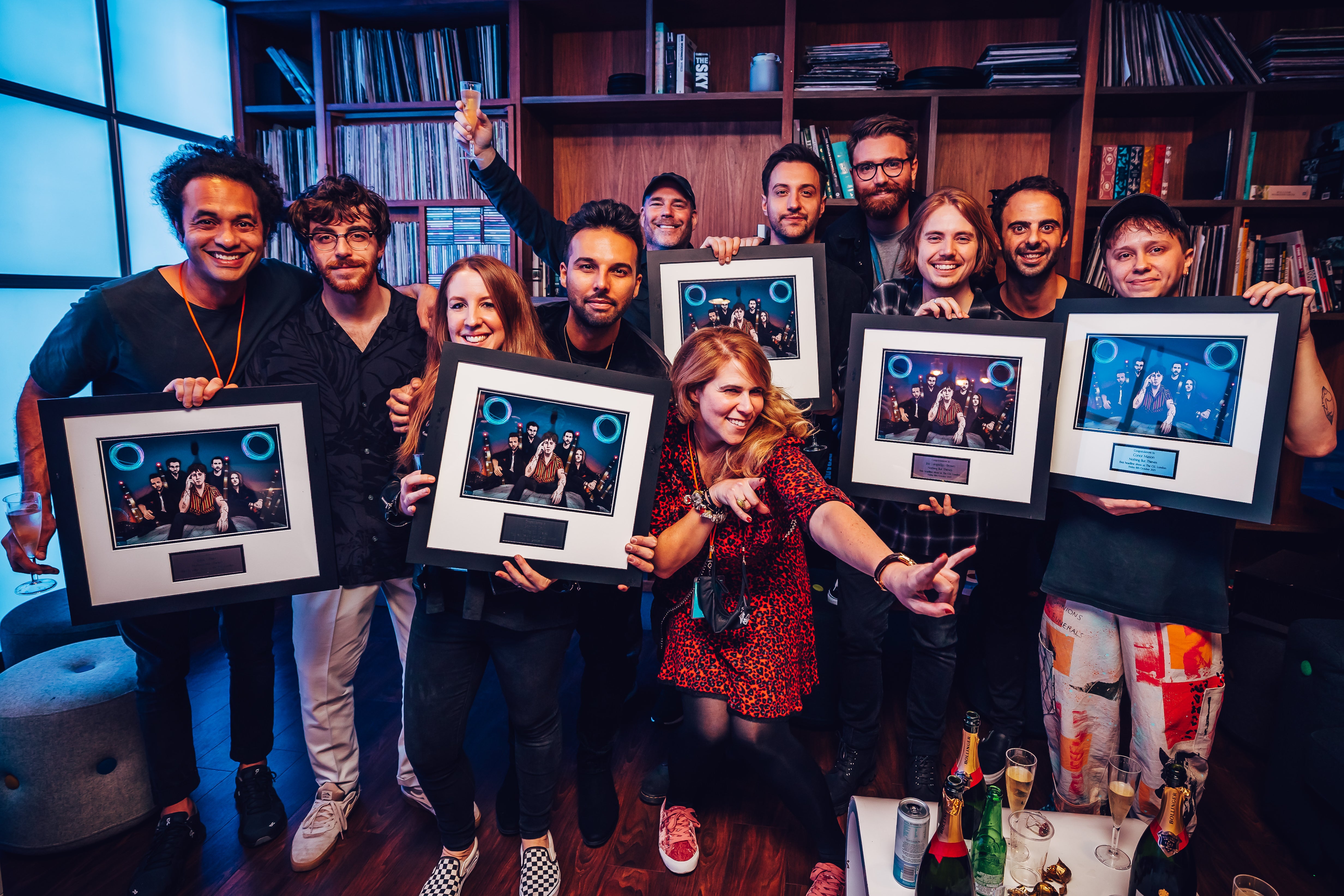 To celebrate their first headline performance at The O2, Southend-five piece Nothing But Thieves have been presented with their very own First Time Award. The show (which was promoted by Live Nation), took place at The O2 on Friday 8 October 2021 as part of the group’s The Moral Panic European tour and marks the venue’s first First Time Award of 2021.

Nothing But Thieves are Conor Mason (vocals, guitars), Joe Langridge-Brown (guitars), Dom Craik (guitars, keyboard), Philip Blake (bass guitar) and James Price (drums). They said: “London, The O2 – what can we say other than that was a dream come true. The best night of our lives, thank you. Until next time.”

Christian D’Acuña (Programming Director at The O2) said: “It’s always a really special moment when a British band like Nothing But Thieves headlines The O2 for the very first time. Having followed their career since their very first album, and seeing them support Muse at the venue in 2019, it was amazing to see them perform such an incredible set on Friday night with support from Yonaka and Airways, who also delivered brilliant performances to make it a successful night for all. We look forward to hosting the band again for multiple nights in the near future. Congratulations to all involved.”

Danny Hannaford (Head of Ticketing Strategy at The O2) said: “Having been on this journey with Nothing But Thieves from the very beginning, hearing early demos and seeing them play in small pubs to only me and their families, it was such a special experience to see them headline The O2 to a packed-out crowd. It was a huge personal and professional privilege to present them with their First Time Award, and the night is an experience I will never forget. Massive congratulations to the band and the whole team that have been there from the start – we look forward to welcoming you back soon!”