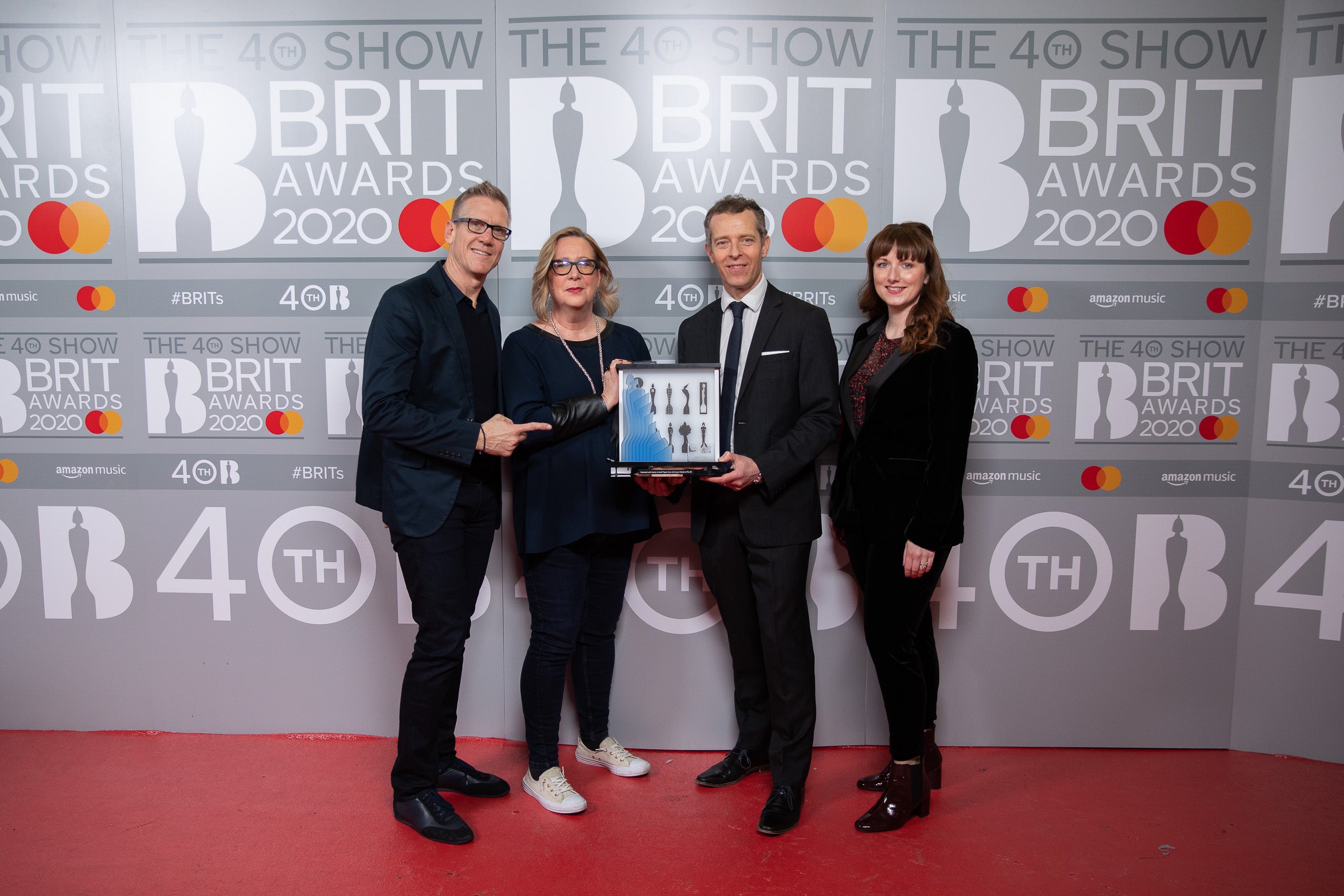 The BRITs celebrates 10 years at The O2

The O2 has been the home to the UK’s biggest night in music since 2011 and this week saw the tenth BRIT Awards ceremony hosted at the venue. In celebration of the decade, Maggie Crowe and Geoff Taylor from the BPI were presented with a stunning award capturing each unique BRIT Award from 2011 to 2020.

Danielle Kennedy-Clark, Deputy General Manager of The O2 said: “We are so honoured to be the home of The BRITs and work alongside the BPI to deliver the biggest night in music. The time, thought and hard work that the BPI team put into creating the BRITs is truly inspiring and we’re so proud to be a part of it”.

The 40th edition of The BRITs, held at The O2 on Tuesday 18th February, didn’t disappoint with outstanding performances from Lizzo to Harry Styles to a moving performance from Dave, a world exclusive of Billie Eillish singing the new Bond theme to Lewis Capaldi’s speech about his grandma and Stormzy taking home his third BRIT award.

A history of The BRITs at The O2:

The UK’s biggest music awards ceremony moved to The O2 in 2011 accompanied by host James Corden and performances from the likes of Adele, Take That and Rhianna. Since then The BRITs has continued to take The O2 arena by storm.

In 2015 the BRITs returned for the fifth time with new hosts Ant and Dec. Incredible performances included Kanye West, Paloma Faith, Sam Smith, George Ezra and Taylor Swift. Most famously, this year saw Madonna fall during her closing performance of “Living for Love.”

In 2016, the year the world lost David Bowie, the BRITs returned for a sixth year with a tribute to the music legend alongside performances from James Bay, Justin Bieber and Little Mix. The following year, Dermot O’Leary and Emma Willis played their hand at hosting the music awards, the same year Ed Sheeran and Stormzy performed together for “Shape of You”.

In 2018, Jack Whitehall became the new face of the BRITs. Performers included the likes of Liam Gallagher, Justin Timberlake and Kendrick Lamar as well as artists starting to make their mark, Rag’n’Bone Man and Dua Lipa.

In 2019 Hugh Jackman opened the BRITs in style with The Greatest Showman whilst Jess Glynne gave a moving performance featuring H.E.R. and Sam Smith brought his ballads to life.