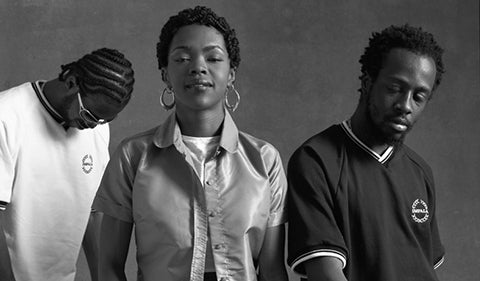 To celebrate the 25th anniversary of the 1996 groundbreaking hip-hop album The Score, the Fugees are reuniting for a UK exclusive show at The O2 on Monday 6 December 2021, as part of The O2 Welcome Back Show series.  The event will see Ms. Lauryn Hill, Wyclef Jean and Pras Michel perform global hits including Ready or Not and Killing Me Softly to a full capacity crowd.

The O2’s Welcome Back Show series kicked off last month with a show stopping event from Burna Boy. Other events in the series include:

Christian D’Acuna, Programming Director at The O2 said: “The Score was one of the best albums of the 20th century and it remains an all-time great musical masterpiece. For the band to reunite and perform an exclusive UK show at The O2 as part of our Welcome Back Show series is something really special. I have no doubt it will be one of those nights we remember for a very long time.”

Gareth Griffiths, Head of Sponsorship at O2 added: “We couldn’t have wished for a more iconic band to join the line-up for The Welcome Back Shows. The Fugees show will undoubtedly electricity The O2 and we’re looking forward to welcoming thousands of fans to experience what is sure to be an unforgettable night.”

MLH quote: “The Fugees have a complex but impactful history. I wasn’t even aware the 25th anniversary had arrived until someone brought it to my attention. I decided to honor this significant project, its anniversary, and the fans who appreciated the music by creating a peaceful platform where we could unite, perform the music we loved, and set an example of reconciliation for the world.”

Wyclef quote: “As I celebrate 25 years with the Fugees, my first memory was that we vowed, from the gate, we would not just do music we would be a movement. We would be a voice for the un-heard, and in these challenging times, I am grateful once again, that God has brought us together.”

The Score is one of the best-selling and most significant music albums of all time.  Upon its release, it peaked at number one on the Billboard 200 charts and earned the group two Grammy Awards. Fugees were the first hip-hop group ever to be nominated for Album Of The Year, and the nomination also marked the second only rap album to be nominated for the top accolade as well at the time. With singles including “Killing Me Softly,” “Ready or Not,” and “Fu-Gee-La,” the highly acclaimed body of work has continued to inspire and stay in constant circulation with artists and fans alike. The seven-time platinum album has sold over 22 million copies worldwide and remains the best-selling album ever by a hip-hop group. As of 2021, the album is the fifth most-streamed rap album released in the 1990s on Spotify. The album is featured prominently on lists including Rolling Stones’ “The 500 Greatest Albums of All-Time,” The Source’s “100 Best Rap Albums,” Spin’s “Top 90 Albums of the 90s,” Vibe’s “100 Essential Albums of the 20th Century,” and more. There is no doubt the influence of the album continues to ripple throughout music and culture.

Working in partnership with O2 to launch and deliver The Welcome Back Shows, fans using the Priority app will have exclusive access to buy tickets for the show 48 hours before general onsale. Presale tickets for Fugees: The Score 25th Anniversary Tour are available from 10am on Wednesday 22 September.

The O2 is just 15-minutes from central London and easily accessible by tube, road or Uber Boat by Thames Clippers and has plenty of car parking space available.