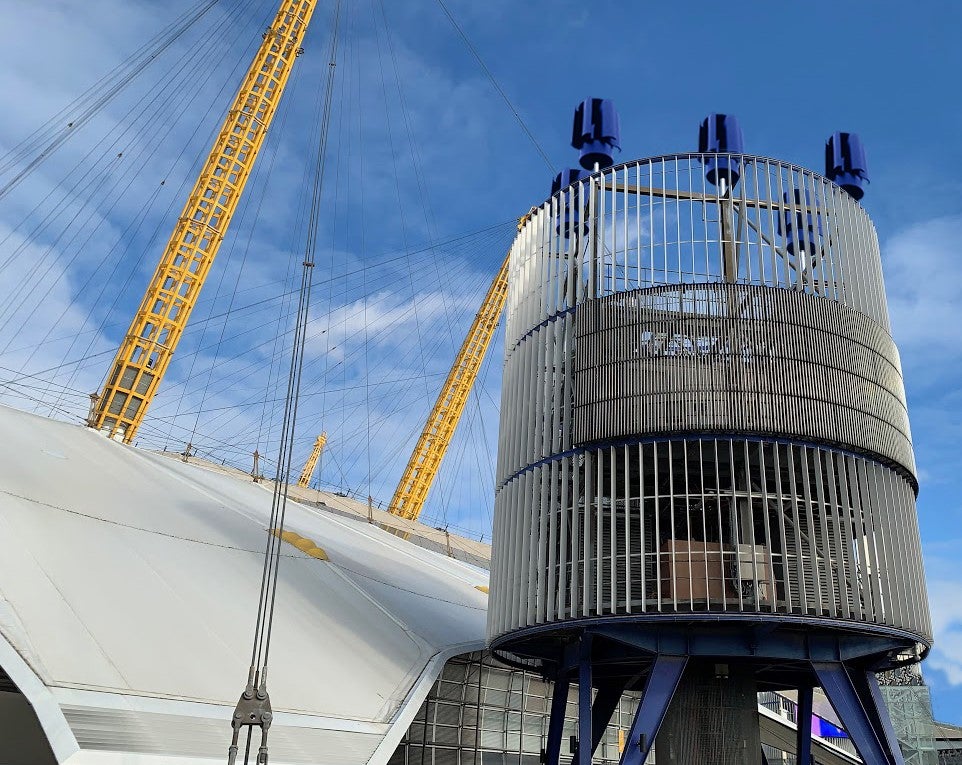 The O2 is continuing to lead the way with its track record of innovation and sustainability, making an agreement with Alpha 311 to become the first venue in the world to trial 10 of their ground-breaking wind turbines. Venue owner and operator AEG is committed to reducing its carbon footprint by reducing GHG emissions and exploring new ways to power the planet utilising its portfolio of global entertainment venues.

Over 9 million people visit The O2 each year and with sustainability a major focus and main pillar of the venue’s Good Vibes All Round initiative - a platform for sharing The O2’s actions to fans, bands and brands - the venue continuously looks for ways to maintain a reliable supply of 100% carbon-free electricity. Historically The O2 has sourced its 100% carbon-free electricity from offsite, grid scale resources.

With this new installation of 10 kW of wind generation however, The O2 could produce up to an estimated 87,600 kWhs a year, which is equivalent to the total electricity used by 23 British homes. While this is overall a small portion of The O2’s energy needs, it is an exciting new step into the future of local and distributed 100% carbon free electricity generation.

“We are so incredibly excited to be collaborating with the team at Alpha 311 and be the first venue in the world to install their commercial wind turbines. We have been searching for a suitable wind generated power source to help reduce our GHG emissions and assist in our ambition to achieve a carbon net zero venue. The opportunity to provide a local on-site source of power generation is huge and we hope this trial provides the launch pad of many more installations not only at The O2 and other AEG venues but across the Greenwich Peninsula and throughout the UK.”

"We're so pleased that The O2 is the first to sign up with us globally. The Alpha 311 turbine was born in Britain with international aspirations, so it's fitting that we're working with the world’s most popular music, entertainment and leisure venue. It's not just a London landmark, it's a global icon, and we couldn't be more proud, or thankful, for The O2's belief in us.”

The collaboration between The O2 and Alpha 311 is a huge boost for the British start-up, which began in a garden shed in Whitstable, Kent, and has attracted interest from around the world.

At The O2, a state-of-the-art waste compound, green cleaning program, ongoing energy reduction projects and on-site Wormery and Eco-Digester are just some of the actions in place that have contributed to a 40% reduction in transport to site and less than 1% of waste going to landfill per year, and The O2 has surpassed its waste, water and greenhouse gas emissions targets every year since 2010.  The venue has been procuring green electricity for the entire site since 2015 and this has had a significant impact on reducing GHG emissions by around 6,000 metric tons each year.

The O2 has previously received the Royal Borough of Greenwich Greener Greenwich award and the Sustainability and Community award at the Stadium Business Awards.

AEG, the owner and operator of The O2, is committed to reducing its environmental impact globally through its industry-leading corporate sustainability programme, AEG 1EARTH. The programme measures the company’s environmental footprint by collecting operational data from more than 80 sports and live entertainment venues, teams and festivals, and tracks its annual performance against material and science-based goals. It also raises public awareness about environmental issues to forge a more sustainable future.