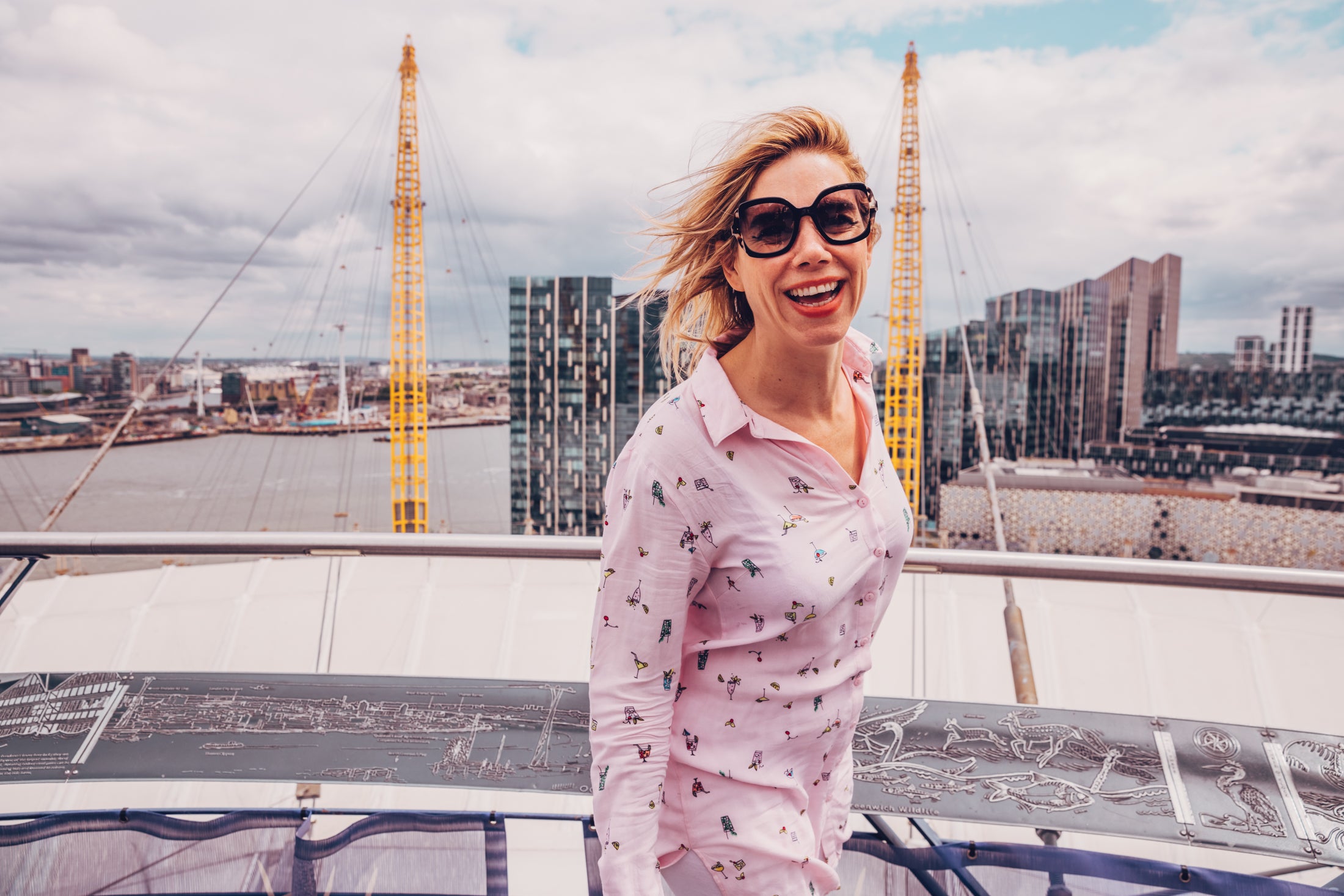 Up at The O2 has today announced the return of stand-up comedy to the roof, with their new series of ‘Comedy Nights’ taking place this September, offering customers the chance to enjoy an exclusive stand-up comedy performance on top of the world’s number one music, entertainment and leisure venue.

Following the success of Up at The O2’s previous comedy event series with award-winning comedian Suzi Ruffell, the popular outdoor attraction has partnered with one of the country’s most original comedians, Lou Sanders, to bring laughter back to the world-famous roof. During the events, Lou will perform an intimate set of exclusive material, with every guest guaranteed a laugh while surrounded by panoramic views of the capital.

Lou Sanders said: ‘I’m delighted to be doing six shows with Up at The O2 – it’s not every day you get to do a gig on top of such an iconic building. It’s going to be a real hoot and a half!’

Having been named champion of series eight of Taskmaster (DAVE), Lou has also been seen on The Late Late Show with James Corden (CBS), Live at the Apollo (BBC), Would I Lie to You? (BBC) and as a co-host on Mel Giedroyc’s Unforgivable (DAVE), to name a few. Fresh from performing her stand-up show ‘One Word: Wow’ at Edinburgh Fringe Festival, Lou will be bringing her critically acclaimed style of comedy to Up at The O2 as the perfect follow-up for those craving even more summer laughs.

The events will take place at 7pm and 7.30pm on Thursday’s 8, 15 and 22 September with tickets priced at £40 per person. The cost includes an outdoor climb led by one of Up at The O2’s expert guides, who are on hand to provide interesting facts and local knowledge, as well as soft drinks provided by Britvic, with climbers able to choose from a range of options including Pepsi Max, Tango, 7up and Robinsons Real Fruit. Climbers will also have the option to upgrade to a glass of Champagne Lanson, which is bookable in advance or on arrival.

Dan Hurst, Head of Attractions at Up at The O2 said: “We’re so excited to have comedy back on the roof of The O2 this September, giving climbers the chance to soak up the panoramic views of London whilst having a much-needed laugh. It’s great to have Lou on-board for this, bringing her fun and entertaining style of stand-up to the roof, and we’re certain that climbers will have an unforgettable evening of laughs.”

This event is for over 18s only. Tickets are limited and pre-booking is essential. Priority Tickets are available now for O2 and Virgin Media customers through the Priority app here. General sale tickets will be available from 9am on Wednesday 3 August through Up at The O2’s booking website here.

A full day-out destination, there’s plenty more to explore at The O2 before or after your climb, including Icon Outlet, one of London’s premium outlet shopping locations with up to 70% off 60 designer brands, interactive gaming bars TOCA Social and BOOM BATTLE BAR, Cineworld, London’s largest cinema, Hollywood Bowl, Oxygen Freejumping trampoline park, and over 30 bars and restaurants.