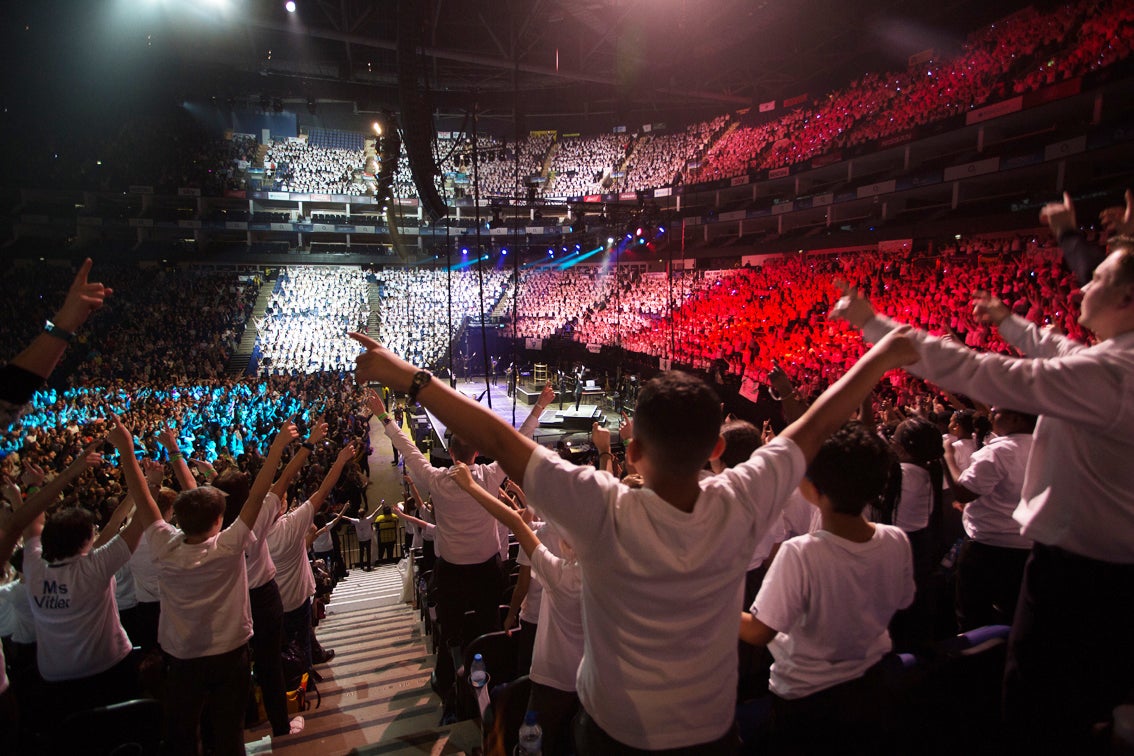 Young Voices is back for their 60th show in the Arena

Young Voices, the largest children’s choir concerts in the world, have returned to The O2 for another year of incredible shows and not only that. Young Voices will be celebrating its one millionth visitor and 60th show at The O2, which is more shows than Adele, Ed Sheeran and Take That combined.

Over 1000 schools and nearly 55,000 children will be performing at The O2 for Young Voices with 7 concert dates in total for 2020. This year the choirs will be joined by special guests including; Tony Hadley, The Shires and Ruti who won The Voice 2018.

Performing everything from Pop and Rock to Folk and Classical, over two million children have performed with Young Voices since 1996 and over the past two years the group has raised over £230,000 for Teenage Cancer Trust.

We’ve already seen one show completed so far and expect another incredible performance tonight and tomorrow before the young choir returns again in February to sing some more!