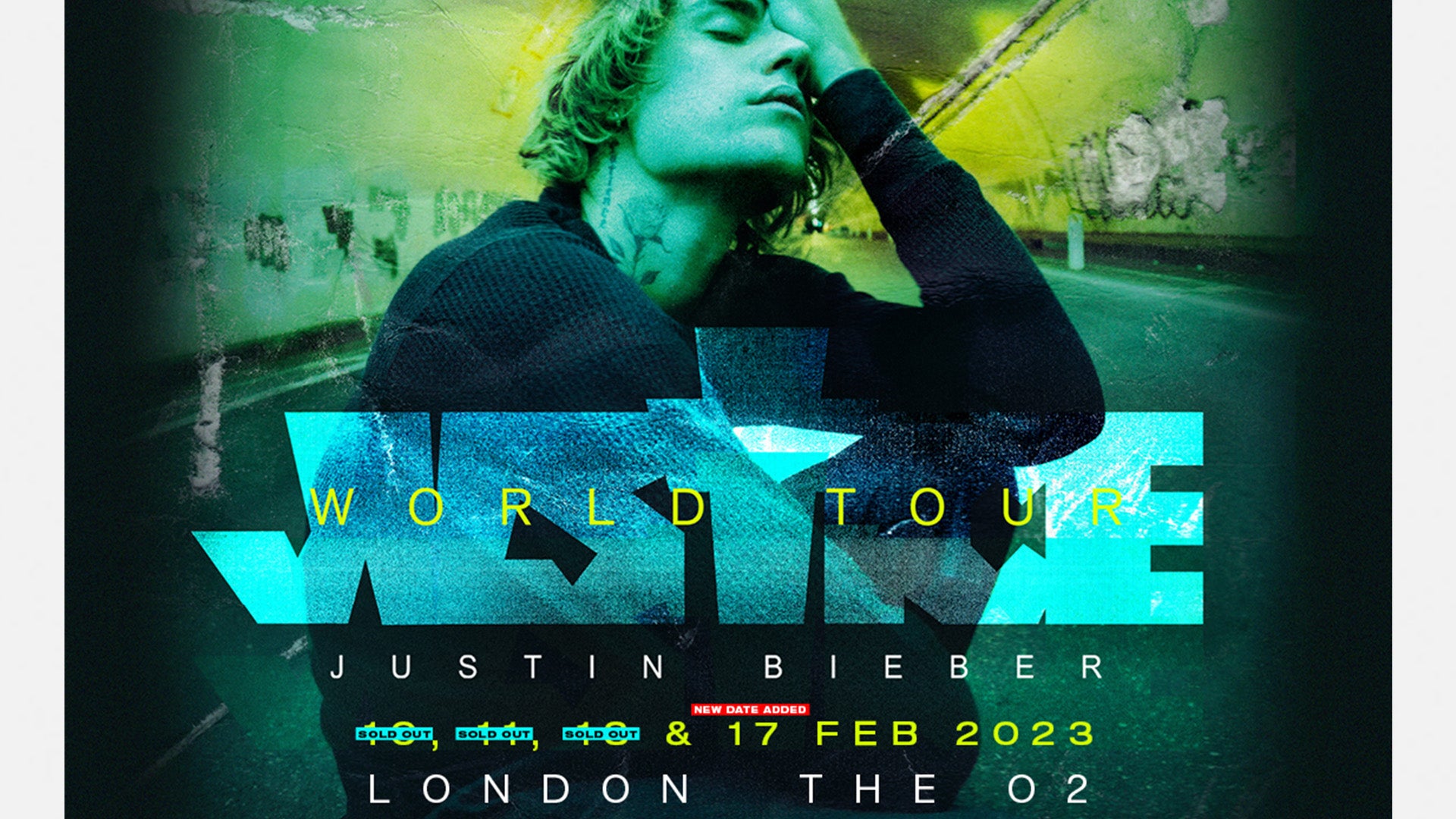 Justin Bieber's much-anticipated Justice World Tour will be heading to The O2 on Monday 13, Tuesday 14, Thursday 16  and Friday 17 February 2023.

The ‘Justice World Tour,’ promoted by AEG Presents, is Justin’s first global outing since 2016/2017’s ‘Purpose World Tour’.  Described by The Times of London as “mesmerising”, Bieber played to 2.7 million fans over the course of his 2016-2017 run, with the finale seen by 65,000 fans at London’s British Summer Time Hyde Park festival.

The ‘Justice World Tour’ is named after Justin’s latest smash hit album ‘Justice’.  Released in April 2021, it debuted as the most streamed album in 117 countries.  The album and its tracks have taken the already global pop phenomenon to new heights.

Recently named Artist Of The Year at the MTV Video Music Awards and nominated for a field-leading 8 MTV EMA Awards, Bieber remains the Number 1 artist on both YouTube and Spotify worldwide, cementing his place as one of the biggest pop stars of the 21st century.